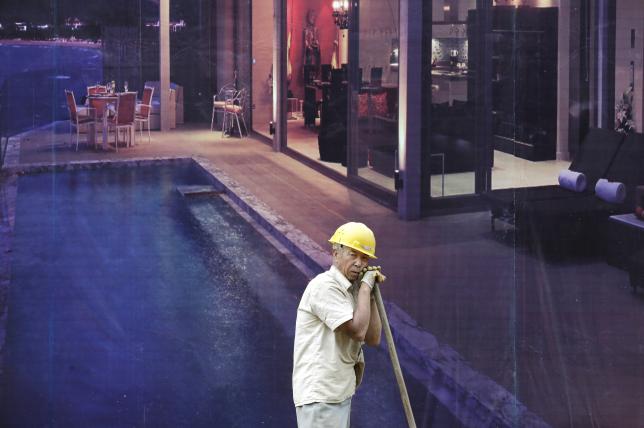 BEIJING - Producer prices in China fell to a near six-year low in July while consumer inflation remained subdued, signalling the world's second-largest economy was still facing deflationary pressures and that Beijing has room to further support the sluggish economy. The producer price index (PPI) fell 5.4 percent from a year earlier, the National Statistics Bureau said on Sunday, compared with an expected 5.0 percent decline. It was the worst reading since October 2009 and the 40th straight month of price falls. The index, which tracks the factory-gate selling prices of firms from miners to manufacturers, pointed to persistent weakness in commodity prices and soft demand in China's economy which are eroding company profits. An official factory survey last week showed deteriorating conditions forced companies to cut staffing for the 21st straight month, and manufacturers had to reduce selling prices to a six-month low due to increasing competition. In line with sluggishness in the broader economy, annual consumer inflation stayed muted at 1.6 percent despite surging pork prices, slightly higher than a 1.5 percent estimate, and up from June's 1.4 percent. The data showed pork price inflation was the most buoyant in July, with prices surging 16.7 percent due to a sharp fall in hog supplies. Pork prices are an important component of China's consumer price index basket, the weighting of which is a secret though some economists estimate that food accounts for as much as 30 percent of the index. But economists do not believe higher pork prices alone will derail further policy easing in coming months, as Beijing fights to meet its 7 percent 2015 growth target. HSBC said in a recent research note that it still expects another 25 basis point (bps) interest rate cut in the second-half of this year and a 200 bps cut in banks' required reserve ratio (RRR). The central bank has already cut interest rates four times since November and lowered the RRR for big banks by 150 bps. A private survey last week showed factory activity in China shrank the most in two years in July , and a raft of data this week is expected to indicate renewed weakness in China's economy. Despite the easy money environment, industrial profits dropped in June on falling prices, while banks saw a surge in bad loans for the first-half. Compounding the grim picture, panic selling in Chinese shares earlier in the month have rattled business and consumer confidence, though unprecedented government support measures have stemmed the rout for now. - Reuters