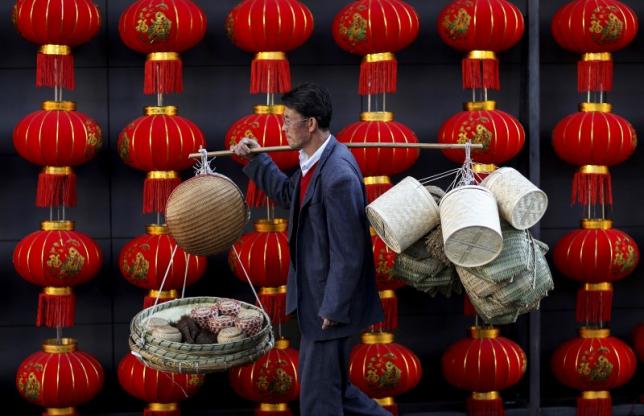 BEIJING - Aug 3 Growth in China's services sector cooled in July, with weaker expansions in activity and new work prompting companies to shed staff for first time in four months as they looked to cut costs, a private survey showed on Wednesday. The findings contrast with a more upbeat official survey on Monday, raising concerns that China is still facing hurdles to its plans to transform the economy into one more reliant on domestic consumption than heavy industry and exports. The Caixin/Markit services purchasing managers' index (PMI) fell to 51.7 in July on a seasonally adjusted basis, from an 11-month peak of 52.7 in June. While still above the 50 mark that demarcates expansion from contraction on a monthly basis, a breakdown of the activity index showed growth momentum was slowing broadly, while employment fell, albeit at a modest rate. "All of the index categories showed signs of deterioration, with employment falling back into contraction territory after three consecutive months of growth," said Zhengsheng Zhong, director of macroeconomic analysis at CEBM Group. Cost-cutting programs and the non-replacement of voluntary leavers both contributed to lower workforce numbers, IHS Markit cited survey respondents as saying. Beijing has been counting on a growing services sector to pick up the slack as it tries to restructure the economy and cut overcapacity in industrial sectors such as steel and mining. A prolonged downturn in those areas and stubbornly weak exports have helped pull economic growth to its lowest in 25 years. Caixin's July manufacturing survey, by comparison, was stronger than its official counterpart, raising hopes that the effect of government stimulus spending was starting to benefit smaller private firms as well as larger state-backed ones. Caixin's composite PMI covering both the manufacturing and services sectors rose to 51.9, its highest level since 2014, reflecting the marked improvement in its manufacturing reading. The official services survey showed growth accelerated to 53.9 in July from 53.7 in June. But it, too, contained several worrying trends, with construction services growth solid but cooling and the property services sector weakening, adding to worries that China's housing boom may have peaked. "Implementation of supportive measures (by authorities) including proactive fiscal policies must continue to protect the recovery, and regulations in the services sector should be further relaxed," Zhong said. -Reuters