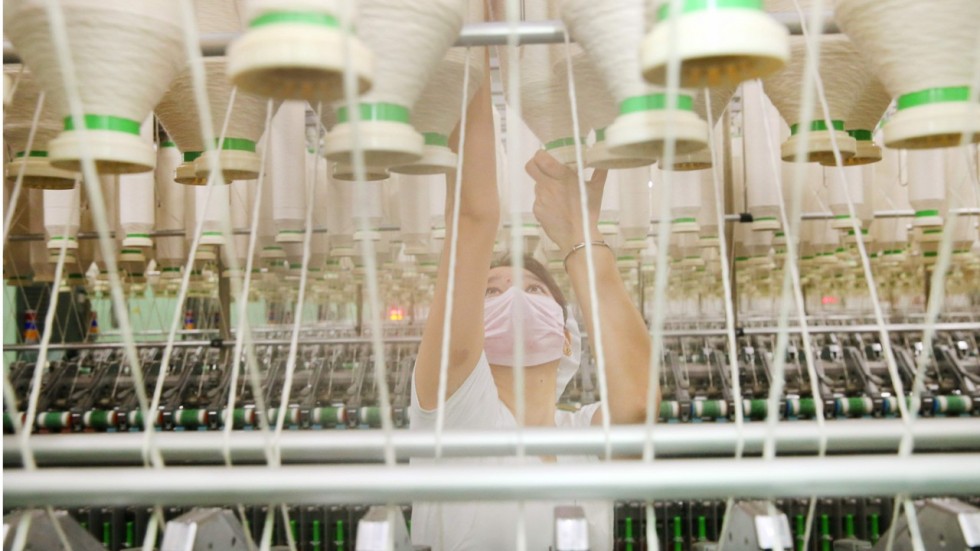 BEIJING (Reuters) - Growth in China’s manufacturing sector cooled slightly in June as firms faced rising input costs and a decline in export orders amid an escalating trade dispute with the United States, a private survey showed on Monday. The Caixin/Markit Manufacturing Purchasing Managers’ index (PMI) declined to 51.0 in June from May’s 51.1, matching economists’ forecast. It remained above the 50-point mark that separates growth from contraction for the 13th consecutive month. A sub-index for output rose to 52.1 in June, a four-month high, though new order growth slowed and companies chose to sell down existing inventories instead of restocking. The survey showed new export orders contracted for the third straight month and the most in two years, though there was no significant slide from the previous two months. China faces escalating trade tensions with the United States, its largest export market, adding to uncertainty about the manufacturing sector at a time when domestic demand also appears to be cooling. Economic data in May showed China’s economy is finally slowing, with weaker credit growth and a tighter liquidity environment hurting investment in local government building projects, which have helped boost the industrial sector. This week the US and China are set to impose new tariffs on each other’s imports, with both sides threatening to up the ante if the other doesn’t back down. Investors have punished Chinese stocks and the yuan currency since the trade dispute intensified over the last month, with the yuan taking a battering against the dollar in June and domestic stocks tumbling the most in a month since January 2016. For now, though China’s factories appear to have maintained solid overall growth, despite the government’s war on industrial pollution, a slowing housing market and a tightening funding environment. Official PMI released on Saturday did show a slowing of factory growth in June, with the manufacturing index slipping to 51.5, from May’s 51.9. Underscoring growing anxiety about the outlook, Caixin’s June survey found that manufacturers were the least optimistic they have been about future growth prospects since December. “Overall, the manufacturing PMI survey pointed to strengthening price pressures in June. Deteriorating exports and weak employment, along with companies’ destocking and poor capital turnover, put pressure on the manufacturing sector,” Zhengsheng Zhong, director of Macroeconomic Analysis at CEBM Group, said in a note accompanying the survey. Input price pressures picked up again in June, with firms citing higher prices for commodities such as steel, signalling an increase in cost burdens for Chinese factories. Manufacturers raised their sales prices at the fastest pace since September. The employment situation for factory workers worsened in June, with a sub-index showing Chinese factories cut staff at the fastest pace since last July.