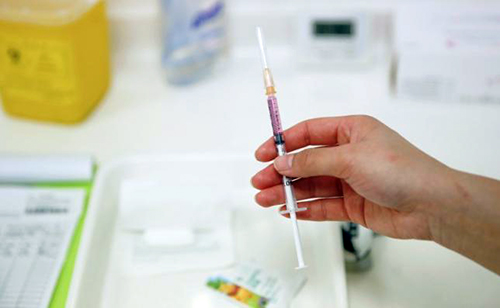 BEIJING – China health authorities have started a nationwide inspection of vaccinations four months after a scandal broke involving nearly $90 million worth of illegal vaccines that were suspected of being sold in dozens of provinces. Authorities will track purchases as well as the distribution of vaccines and vaccination records, to ensure they are legally traded and properly handled and used, the National Health and Family Planning Commission said in a statement published online. Random checks will be conducted at 20 percent of hospitals and clinics providing vaccinations, while all disease control and prevention agencies nationwide will be inspected, it said. In March, authorities pledged to crack down on the black market sale of vaccines after a mother and daughter in Shandong province were found to have illegally bought vaccines from traders and sold on to hundreds of re-sellers around China. The vaccines, which police said were made by licensed producers, were not kept and transported in the required cold conditions, which could mean that patients taking them could suffer severe side effects or even death. Hong Kong limited the number of non-resident children getting vaccinations at government clinics there after the scare raised fears that mainland families would go to the city for inoculations and put pressure on supplies. –REUTERS