China, Panama to begin talks on free-trade deal in June 2018 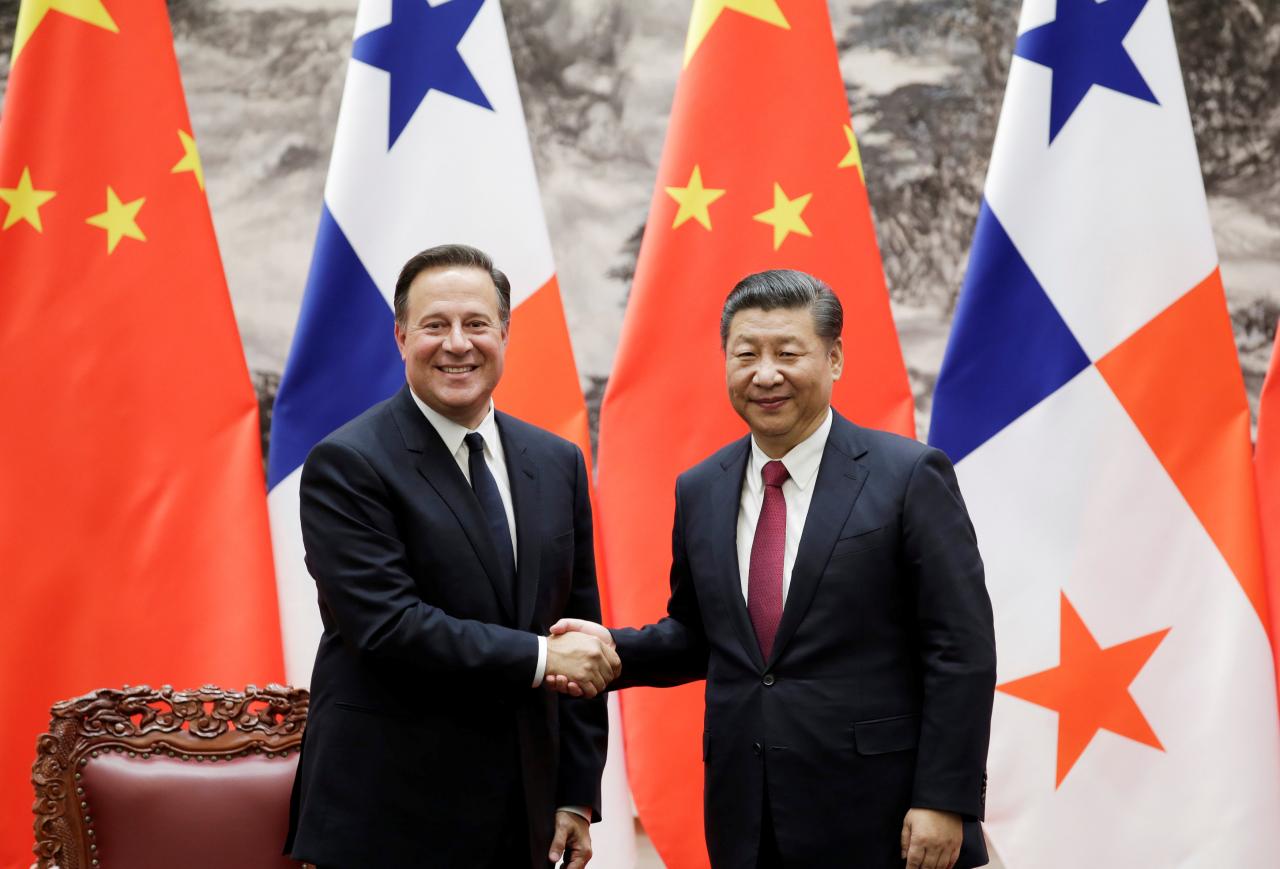 China, Panama to begin talks on free-trade deal in June 2018

PANAMA CITY (Reuters) - Panama and China will begin negotiations in June 2018 to sign a free-trade deal, the two countries’ trade ministers said on Thursday, consolidating a relationship that has strengthened after the Central American nation ditched ties with Taiwan.

Panama’s June decision to end diplomatic links with Taiwan was a major victory for Beijing, as it lures away the dwindling number of countries that have formal relations with the island China claims as its own. Last month, a senior Chinese diplomat said China will provide Panama with whatever help it needs.

Talks to sign a free-trade treaty will begin in June next year, said Panama Trade Minister Augusto Arosemena, who was speaking in Panama City alongside his Chinese counterpart, Zhong Shan.

The Chinese official said it was important to accelerate talks to open up trade between the two countries and deepen commercial links.

“China is willing to stimulate its companies to actively participate in the construction of infrastructure in Panama, including ports, that would be based on mutual interest,” Zhong said.

China and Taiwan have tried to poach each other’s allies for years, often dangling generous aid packages in front of developing nations, though Taipei now struggles to compete with an increasingly powerful Beijing.

Panamanian President Juan Carlos Varela, who signed 19 deals during a visit to Beijing last month, told Chinese state television in September the decision to switch recognition to China had nothing to do with “chequebook diplomacy.”

In October, a group including China Harbour Engineering Company Ltd (CHEC) began building a $165 million port in Panama for cruise ships, the first project announced between China and Panama since they established diplomatic ties.