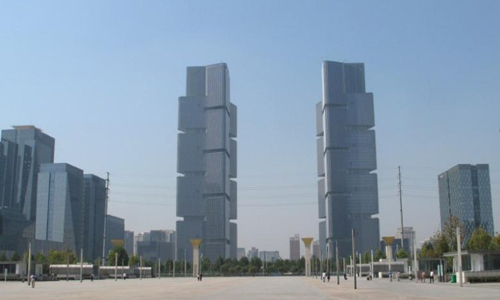 BEIJING - China's economy is on a steady growth path as 2016 ends, supported by a housing boom and billions in government investment, but the mood of policymakers is more cautious than celebratory as they face "complexity" in the new year. Controlling risks has been a constant refrain in recent months as the focus of policymakers switches to taming asset bubbles and checking unbalanced growth stemming from efforts to fuel the economy with credit. The central bank - while reaffirming a long-standing commitment to prudent policy - said on Friday it would pay more attention to maintaining a "neutral" stance and ensure that it is "neither too tight nor too loose". "At present, China's economic and financial operations are generally stable, but the complexity of the situation cannot be underestimated," the People's Bank of China (PBOC) said. Bank lending is on pace to top 2015's record 11.71 trillion yuan (1.37 trillion pounds), helping to stoke a housing boom that saw prices rise a historic 12.6 percent year-on-year in November, while fixed asset investment by state firms is growing more than 20 percent. But growth has become more imbalanced this year as the effectiveness of new credit declines and companies and individuals face mounting debts, economists say. Policy insiders expect monetary policy to tilt towards slight tightening in 2017 as the government tries to strike a balance between supporting the economy with ample credit and preventing a destabilising build-up in debt. Central bank adviser Sheng Songcheng told Reuters in an interview on Thursday that interest rates in China were already on an upward trend as the economy improved. MARKET STRESS In the financial markets, China's blue-chip stock index ended the year more than 11 percent lower while the Chinese yuan plumbed an 8-1/2 year low. Primary money rates rose this week and were largely higher this year, driven by the PBOC's tighter liquidity stance in the second half aimed at taming risks. The key interbank rate rose more than 25 basis points for the year, indicating tighter monetary conditions, after falling sharply in 2015. Market participants also said the falling yuan has had a large negative impact on the money market in the second half, with the central bank buying up Chinese currency and shrinking base money. The PBOC said in Friday's report it would push reforms of the yuan regime, while keeping the currency basically stable. The central bank used the same wording about the currency in last year's report. The yuan ended 2016 with its biggest annual loss since 1994, putting it on track to be the worst-performing major Asian currency this year. Expectations for a weaker yuan have contributed to significant capital outflows as China's foreign currency reserves fall to the lowest level in more than five years. As Chinese firms step up overseas investment, which also contributes to capital outflows, policymakers announced plans this week to further open China's markets to foreign investment. Any further opening up to foreign firms should help redress an imbalance in investment flows which is likely to rise to an unprecedented 335 billion yuan this year as outbound investment rose more than 55 percent in the first 11 months of 2016. Chinese President Xi Jinping called for more efforts to push key reforms next year with a focus on state-owned-enterprises, taxation, finance, land, urbanization, social security, ecological progress and opening up, the official Xinhua news agency reported late Friday night. The state planning agency said on Friday the country would seek to open up, in an "orderly way", sensitive areas such as telecoms, education and the internet to foreign investment. -Reuters