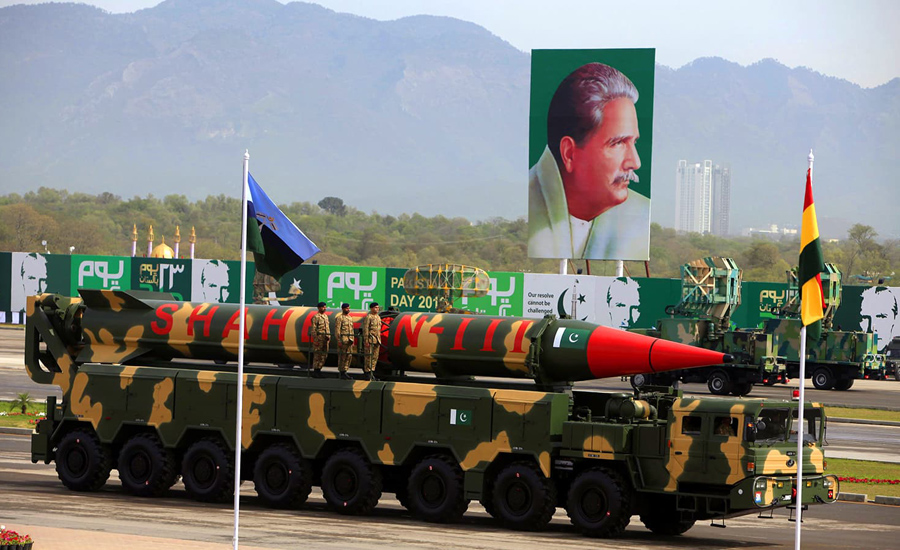 ISLAMABAD (92 News) – China has sold Pakistan a powerful tracking system in an unprecedented deal that could speed up the Pakistani military’s development of multi-warhead missiles. News of the sale – and evidence that China is supporting Pakistan’s rapidly developing missile program – comes two months after India tested its most advanced nuclear-ready intercontinental ballistic missile (ICBM) with a range long enough to hit Beijing or Shanghai. Chinese authorities declassified information about the deal on Wednesday. A statement on the Chinese Academy of Sciences (CAS) website said China was the first country to export such sensitive equipment to Pakistan. Zheng Mengwei, a researcher with the CAS Institute of Optics and Electronics in Chengdu, Sichuan province, confirmed to the South China Morning Post that Pakistan had bought a highly sophisticated, large-scale optical tracking and measurement system from China. The Pakistani military recently deployed the Chinese-made system “at a firing range” for use in testing and developing its new missiles, he said. "We simply gave them a pair of eyes. They can use them to look at whatever they want to see, even the Moon," he said. While India’s single-warhead missiles are bigger and cover longer distances, Pakistan has focused its efforts on developing multiple independently targetable re-entry vehicles (MIRVs), a type of missile carrying several nuclear warheads that can be directed towards different targets. The US Defence Intelligence Agency officially confirmed in March that Pakistan conducted the first test launch of its nuclear-capable Ababeel missile in January 2017, “demonstrating South Asia’s first MIRV payload”. Although the Ababeel missile has a range of only 2,200km, it can deliver numerous warheads to different targets. The technology has the potential to overwhelm a missile defence system, wiping out an adversary’s nuclear arsenal in one surprise attack. There are growing concerns that MIRV technology will tip the strategic balance between India and Pakistan and destabilise the subcontinent. India has so far not found success in building a system that can effectively deliver more than one nuclear warhead at a time.