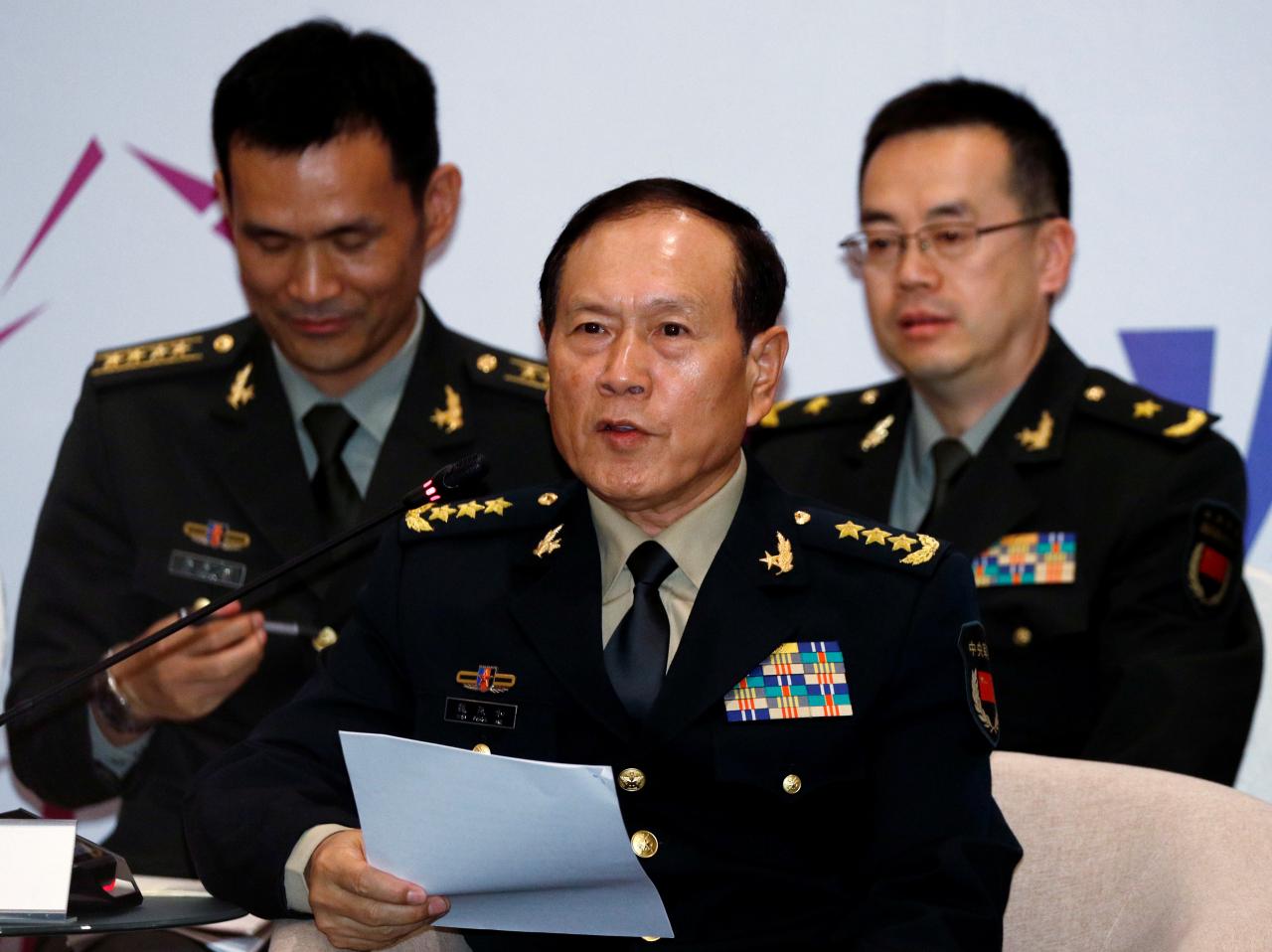 BEIJING (Reuters) - China’s army will take action “at any cost” to foil attempts to separate the self-ruled island of Taiwan, which Beijing claims as its own, the country’s defence minister said on Thursday.
Beijing has been infuriated by recent US sanctions on its military, one of a growing number of flashpoints in ties with Washington that include a bitter trade war, Taiwan and China’s increasingly muscular military posture in the South China Sea. On Monday, the United States sent two warships through the Taiwan Strait in the second such operation this year and the latest in a series of gestures made by the White House in support of democratic Taiwan. “The Taiwan issue is related to China’s sovereignty and territorial integrity and touches upon China’s core interests,” Chinese Defence Minister Wei Fenghe said at the opening of the Xiangshan Forum in Beijing, which China styles as its answer to the annual Shangri-La Dialogue security forum in Singapore. “On this issue, it is extremely dangerous to repeatedly challenge China’s bottom line. If someone tries to separate out Taiwan (from China), China’s army will take the necessary actions at any cost.” China-Taiwan relations have deteriorated since the island’s President Tsai Ing-wen, of the independence-leaning Democratic Progressive Party, swept to power in 2016. Beijing, which has never renounced the use of force to bring Taiwan under its control, has also viewed U.S. overtures toward the island with alarm, such as a new de facto embassy there and passage of a law to encourage visits by US officials. China’s military ties with the United States are important and sensitive, Wei said, adding that China will never give up an inch of its territory. Beijing opposed displays of strength and provocation in the South China Sea by “nations from outside the region” carried out under the pretence of protecting freedom of flight and navigation, he added. The world’s two largest economies needed to deepen high-level ties so as to navigate tension and rein in the risk of inadvertent conflict, US Defence Secretary Jim Mattis told his Chinese counterpart last week. Mattis saw firsthand last month how mounting Sino-US friction can undermine military contacts, when Beijing upended plans for him to meet Wei in October. China has been angered by the US sanctions on its military for buying weapons from Russia, and by what Beijing sees as stepped-up US support for democratic Taiwan, which it claims as sacred territory. China has also expressed concern after US President Donald Trump said Washington would withdraw from a landmark Cold War-era treaty that eliminated nuclear missiles from Europe because Russia was violating the pact. China is not a party to that treaty, but Trump has also suggested Beijing’s military strength played a role in his decision, which China has described as “completely wrong”.