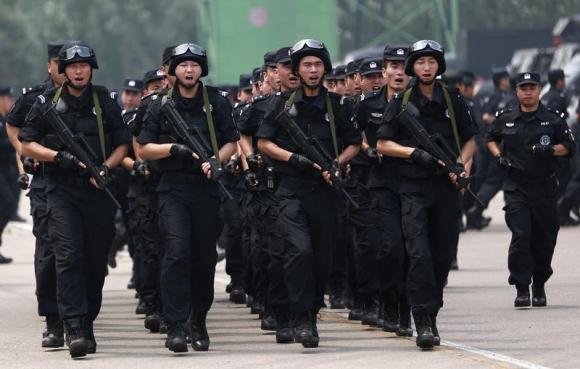 BEIJING - Deliberation on a controversial Chinese anti-terrorism law is going on and it will be formulated based on national security needs, the Foreign Ministry said on Monday, after a senior US official suggested the legislation had been put on hold. The draft law, which could require technology firms to install "backdoors" in products or hand over sensitive information such as encryption keys to the government, has been criticized by some Western leaders and business groups. US President Barack Obama said in an interview with Reuters on March 2 that he had raised concern about the law directly with Chinese President Xi Jinping. White House Cybersecurity Coordinator Michael Daniel said on Thursday that China had suspended a review process for the law. "Currently, the deliberation on this law is ongoing," Foreign Ministry spokesman Hong Lei said at a regular news briefing, adding that China was willing to "communicate with relevant parties" on the drafting. "China will formulate its anti-terrorism law based on its own counter-terrorism needs, and protect national security. This is an important necessity of China's current national development," Hong said. China will maintain communication to ensure the law also fits international practice, he said. The initial draft of the law, published by the National People's Congress late last year, requires companies to also keep servers and user data within China, supply law enforcement authorities with communications records and censor terrorism-related Internet content. Parliamentary spokeswoman Fu Ying has said many Western governments, including the United States, had made similar requests for encryption keys and Chinese companies operating in the United States had long been subject to intense security checks. The legitimate interests of technology firms would not be affected, she said. Although the counter-terrorism provisions would apply to both domestic and foreign technologies, officials in Washington and Western business lobbies argue the law, combined with new banking rules and a slew of anti-trust investigations, amount to unfair regulatory pressure targeting foreign companies. – Reuters