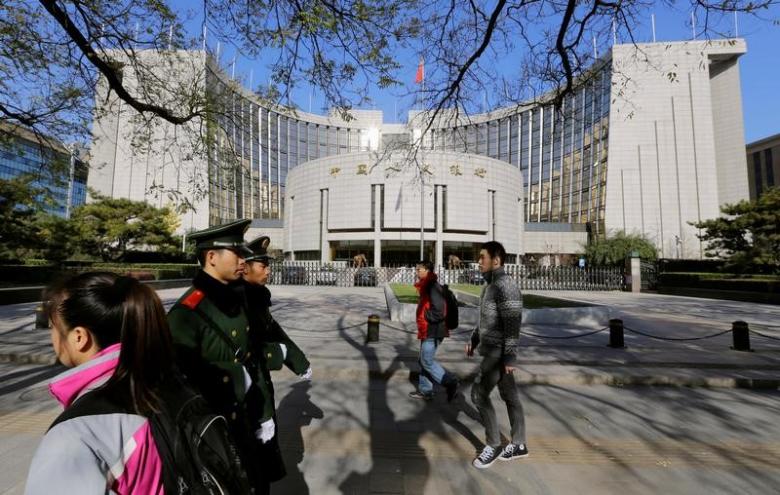 BEIJING - China said on Monday it promotes the healthy development of outbound investment, as a slide in its yuan currency to 8-1/2 year lows revives worries about capital fleeing the country. Officials from the National Development and Reform Commission, the Ministry of Commerce, the People's Bank of China and the State Administration of Foreign Exchange said the country will stick to its strategy of encouraging offshore investment, the official Xinhua news agency reported. The Wall Street Journal reported on Friday that China plans to tighten controls on Chinese companies looking to invest abroad in an effort to slow surging capital outflows. While Beijing has been busily damming up official channels for money to leave China, more than ever is leaking out through shady means as investors flee the country's slowing economy and weakening currency, financial industry executives say. Though still the world's largest, China's foreign currency reserves have fallen to their lowest since March 2011, with the PBOC widely believed to have sold U.S. dollars in recent months to cushion the yuan's decline. Pressure on the yuan and other emerging market currencies has intensified in recent weeks as the dollar surged on expectations that U.S. President-elect Donald Trump will ramp up fiscal spending to boost the economy. China's central bank has urged commercial banks in Shanghai to guard against money outflows via the Shanghai Free Trade Zone (FTZ) disguised as foreign investment, two sources with knowledge of the instructions said on Friday. Financial news outlet Caixin reported on Saturday that the PBOC also is considering including cross-border yuan business into risk assessments for banks, quoting an unidentified banker as saying the move would force banks to "do more incoming yuan business, and less yuan outflow activities". In comments on Sunday, PBOC vice governor Yi Gang predicted that capital outflows seen after August 2015's surprise devaluation of the currency would start to reverse. "As China's economy recovers and institutional reform improves the business environment, the money that has left will come back," Yi said. The devaluation and another sharp slide in the currency this January had sparked fears that the health of the economy was worse than Beijing had let on. In a report last week, Capital Economics estimated that capital outflows last month were the largest since January, and posed a threat to China's exchange rate regime. -Reuters