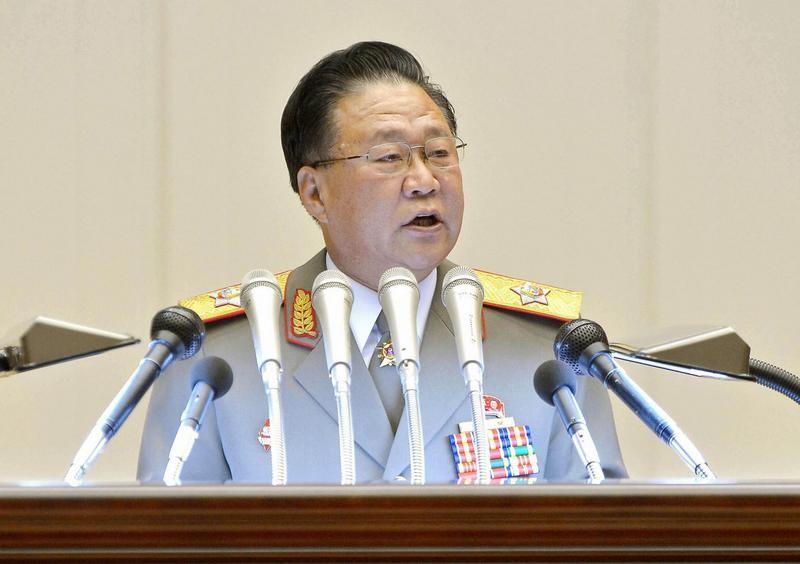 BEIJING/SEOUL (Reuters) - Traditional friendship between China and North Korea represents “valuable wealth” for their people, China said after its special envoy met a high-ranking North Korean official, but there was no mention of the crisis over North Korea’s weapons.

Song Tao, who heads the ruling Chinese Communist Party’s international department, is visiting Pyongyang to discuss the outcome of the recently concluded Communist Party Congress in China, at which President Xi Jinping cemented his power.

In a brief statement dated Friday but reported by Chinese media on Saturday, the international department said Song, who is there representing Xi, reported to North Korean official Choe Ryong Hae the outcome of the congress.

Song and Choe also talked about relations between their parties and countries, the department said.

“They said that the traditional friendship between China and North Korea was founded and cultivated by both countries former old leaders, and is valuable wealth for the two peoples,” it said.

“Both sides must work hard together to promote the further development of relations between the two parties and two countries to benefit their two peoples.”

The department made no mention of North Korea’s nuclear or missile programmes, which are strongly opposed by China.

Song arrived on Friday but it is not clear how long he will be in North Korea.

China has repeatedly pushed for a diplomatic solution to the crisis over North Korea’s development of nuclear weapons and missiles to carry them, but in recent months it has had only limited high-level exchanges with North Korea.

Song’s trip comes just a week after U.S. President Donald Trump visited Beijing as part of an Asia tour, where he pressed for greater action to rein in North Korea, especially from China, with which North Korea does 90 percent of its trade.

The influential state-run Chinese tabloid the Global Times said in an editorial that it was unwise to expect too much from his trip, saying his key mission was to inform North Korea about the party congress in Beijing.

“Song is not a magician,” the newspaper said.

“The key to easing the situation on the peninsula lies in the hands of Washington and Pyongyang. If both sides insist on their own logic and refuse to move in the same direction, even if Song opens a door for talks, the door could be closed any time.”

It is not clear whether Song will meet North Korea’s youthful leader Kim Jong Un.

Kim and President Xi exchanged messages of congratulations and thanks over the Chinese party congress, but neither leader has visited the other’s country since assuming power.

Song’s department is in charge of the party’s relations with foreign political parties, and has traditionally served as a conduit for Chinese diplomacy with North Korea. China’s new special envoy for North Korea, Kong Xuanyou, who took up his position in August, is not believed to have visited the country since assuming the job.