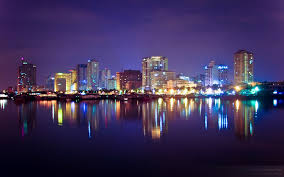 (Reuters) - China has started dredging around the disputed Mischief Reef in the South China Sea, a Philippine navy commander said on Thursday, signalling Beijing may be preparing to expand its facilities in the area. Last year, Chinese President Xi Jinping tried to set Southeast Asian minds at ease over the country’s regional ambitions, but Beijing's reclamation work in the Spratlys underscores its drive to push claims in the South China Sea and reassert its rights. China has already undertaken reclamation work on six other reefs it occupies in the Spratlys, expanding land mass five-fold, aerial surveillance photos show. Images seen by Reuters last year appeared to show an airstrip and sea ports. China has claims on almost the entire South China Sea, which is believed to have rich deposits of oil and gas. Brunei, Malaysia, the Philippines, Vietnam and Taiwan also have claims on the sea where about $5 trillion of ship-borne trade pass every year. Rear Admiral Alexander Lopez, commander of the Philippine military's western command, told reporters on Thursday a Chinese dredging ship was spotted at Mischief Reef, about 135 km southeast of the island of Palawan. "We don't know what they plan to do in Mischief," he said. "They have long been doing that, only that it was Fiery Cross that got a lot of attention because that was on a bigger scale." IHS Jane's said in November images it had obtained showed the Chinese-built island on the Fiery Cross Reef to be at least 3,000 metres (1.9 miles) long and 200-300 metres (660-980 ft) wide. Lopez did not say when China started the dredging work or give any details on the extent of reclamation at Mischief Reef, saying only the work had been "substantial". Surveillance photos that were taken of Mischief Reef last October showed no reclamation work in the area. The photos, seen by Reuters, showed two structures, including a three-storey building sitting on an atoll, equipped with wind turbines and solar panels. China occupied Mischief Reef in 1995, building makeshift huts, which Beijing claimed provided shelter for fishermen during the monsoon season. But, China later built a garrison in the area, deploying frigates and coast guard ships. In 2002, Southeast Asian states agreed with China to sign an informal code of conduct in the South China Sea to stop claimant states from occupying and constructing garrisons in the disputed Spratlys. Last year, the Philippines and Vietnam protested China's reclamation work as a violation of the informal code. North of Mischief Reef, China on Thursday defended the actions of a coast guard vessel in the Scarborough Shoal after the Philippines accused it of ramming three fishing boats. "China's coast guard sent a dinghy to drive them away and slightly bumped one of the fishing vessels," Chinese Foreign Ministry spokesman Hong Lei said at a daily news briefing in Beijing. "We ask that the Philippines strengthen education and indoctrination of its fishermen to prevent such incidents from happening again." A Philippine military spokesman, Colonel Restituto Padilla, described China's action as "alarming" saying the local fishermen were trying to seek shelter due to bad weather.