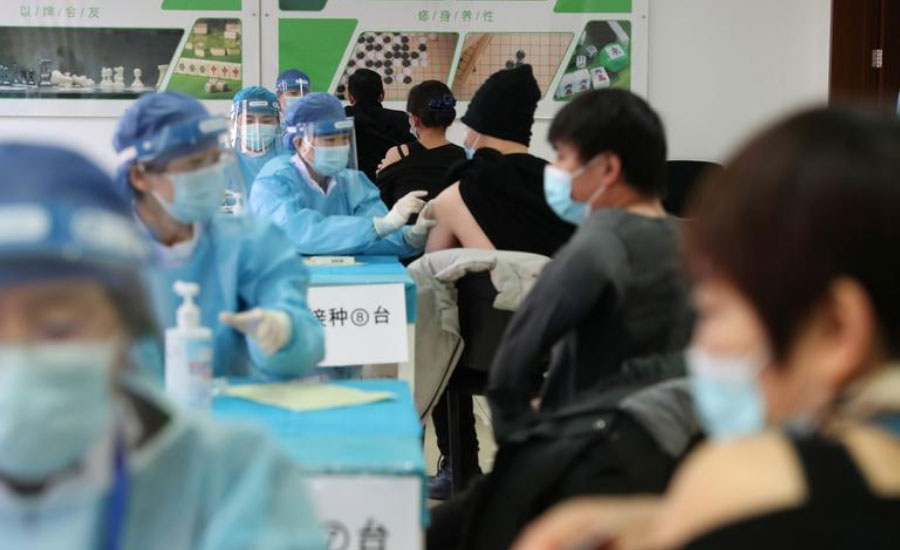 Scientists in some Western countries say China has been too slow to publish trial data. Public reports so far about how well its vaccines work have been inconsistent, which the Chinese firms attribute to variations in methodology.

Still, countries with hundreds of millions of people desperate for a vaccine think China’s shots are good enough.

As Western drugmakers struggle to meet demand at home, Beijing has sent millions of doses round the world of CoronaVac, made by Sinovac Biotech, and is also marketing a separate vaccine made by another company, Sinopharm.

The exports come even as China battles its own flare-up in infections, which has put more than 28 million people in lockdown. China has administered 10 million vaccine doses at home.

Though some studies on the Sinovac shot have reported lower effectiveness rates than some Western products, the countries buying them say they appear effective at preventing the most serious, deadly form of COVID-19.

Perhaps most importantly, they are also easy to administer, allowing the quick launch of large-scale programmes to save lives and prevent health systems from being overwhelmed.

Turkey launched its programme on Thursday with the Sinovac shot, and by late afternoon said it had already vaccinated more than 200,000 people - more in a few hours than France has managed in three weeks. Health workers went first.

“We spent around 10 months in white overalls, supporting people as they struggle for life. Health workers know very well that this situation cannot be taken lightly and that the vaccine is needed,” Surgeon General Nurettin Yiyit said.

Hungary, which has complained about the “scandalously” slow rollout of vaccines bought by the European Union on behalf of its 27 member states, reached a deal on Thursday to buy the Sinopharm vaccine. If approved, it would become the first EU country to authorise a Chinese vaccine.

Many developing countries may still have months to wait for their first vaccines.

Meanwhile, Turkey already has 3 million doses of the Sinovac vaccine in its stocks, and Brazil has 6 million doses. Brazil is expected to begin injecting them next week.

Indonesia’s President Joko Widodo was the first to get a shot of the Sinovac vaccine to kick off one of the world’s biggest vaccine programmes on Wednesday. It expects to have 30 million Sinovac doses by the end of March out of an order of more than 122 million in 2022.

“Vaccination is important to break the chain of COVID-19 transmission and give protection to us and safety to every Indonesian and help accelerate economic recovery,” the president said.

The Western company competing most directly in developing countries with Sinovac so far is AstraZeneca, whose vaccine developed with Oxford University is also cheap and easy to deliver.

It will be the basis of the biggest vaccine programme of them all, which India is expected to launch on Saturday. More than 5 million doses were flown across the country this week in preparation.

India’s government says it will pay less than $3 a dose for the first 100 million shots, produced under license by India’s Serum Institute.

Russia will launch a new, scaled-up version of its vaccination programme next week, using its own Sputnik V shot, which it is also heavily marketing in developing countries. It has won approval in Argentina, Belarus and Serbia, although so far it has been slow to produce doses for export at a big scale.

Kirill Dmitriev, head of the Russian sovereign wealth fund which backs the vaccine, said in an interview at the Reuters NEXT conference that Russia would seek EU approval for the vaccine next month and expects to win 25% of global market share.