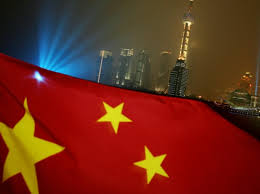 SHANGHAI – (Reuters) -China has summoned the Myanmar ambassador for a meeting in Beijing after a bomb from a Myanmar aircraft fell in Chinese territory and killed four Chinese people, China's foreign ministry said on Saturday. Myanmar government forces have been battling rebels in northeastern Myanmar, on the border with China, since last month and China has urged Myanmar to "lower the temperature". The bomb from the Myanmar aircraft fell on Friday in a sugarcane field near the city of Lincang, in the southwestern Chinese province of Yunnan. Nine people were wounded, state media reported. The incident came just days after a stray shell from Myanmar flattened a house in Chinese territory, prompting condemnation from Beijing. Chinese Vice Foreign Minister Liu Zhenmin urged the Myanmar ambassador, Thit Linn Ohn, to investigate the aircraft bombing and to take steps to ensure the safety of the border area. Tens of thousands of people, many of them ethnic Chinese, have fled the fighting in Myanmar's Kokang region into Yunnan. The rebels are from a group called the Myanmar National Democratic Alliance Army, which is led by ethnic Chinese commander Peng Jiasheng. The MNDAA was formed out of some of the remnants of the Communist Party of Burma, a powerful China-backed guerrilla force that battled the Myanmar government until it splintered in 1989. The MNDAA struck a truce with the government which lasted until 2009, when government troops took over their region in a conflict that pushed tens of thousands of refugees into China. Myanmar has accused Chinese mercenaries of fighting with the rebels, and has urged Chinato cooperate with Myanmar to prevent "terrorist attacks" being launched from Chinese territory. China has denied that any attacks into Myanmar have been launched from its territory. China and Myanmar share a 2,000 km (1,250 mile) border. Shen Jinke, a spokesman for China's air force, said on Saturday the air force had dispatched aircraft to patrol the border and would step up activities to protect the sovereignty of China's airspace, according to a statement on the Defense Ministry's website. –Reuters