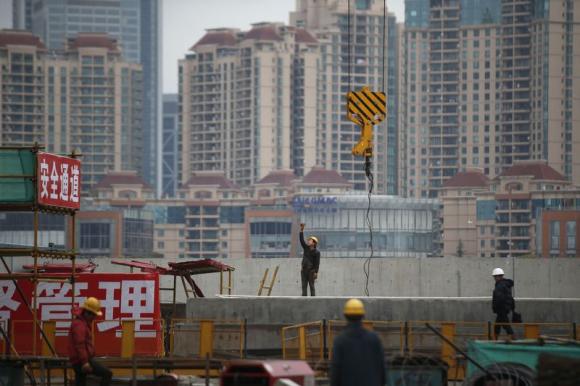 SHINGAI/TOKYO - Chinese regulators are turning to Japan for lessons on economic history, determined to keep the world’s second biggest economy from taking the same path of recession and deflation that has blighted its neighbour for the past 20 years. Beijing views Tokyo's handling of the liberalisation of capital flows and the yen over 30 years ago as key factors that led to the creation and subsequent bust of the asset bubble in Japan in the early 1990s, according to Japanese government and other sources who are in direct contact with Chinese regulators. “They aren’t a single bit interested in Japan’s successes. Their biggest interest is in Japan’s mistakes,” one China-based source who is directly in touch with Chinese regulators told Reuters on condition of anonymity. "Japanese and Chinese economies do share many similarities, so I assume there is quite a lot to learn from our experiences." Chinese policymakers and analysts at government think-tanks are already well versed in the experiences of Japan and other countries, and the sources say two-way communication at both government and private-sector level continued even through a chill in diplomatic ties after a territorial spat in 2012. But as economic growth slows and signs of deflation emerge, China's interest in Japan has increased notably around policy details, according to the sources. At an annual parliamentary meeting that began on Thursday, China announced an economic growth target of around 7 percent for this year, down from 7.4 percent in 2014, already the slowest in 24 years. LOST DECADES China is carrying out three key financial reforms Japan undertook over the past decades - liberalising interest rates, internationalising its currency and opening up its capital account. These reforms should help develop the economy, but mis-steps could have huge repercussions. Chinese policymakers see the 1985 Plaza Accord between Japan and the Western powers, which effectively approved a stronger yen and the opening up of the capital account during the 1980s and 1990s, as pivotal events for Tokyo which ultimately led to the Japan's "lost two decades", sources say. The surge in the yen that followed the agreement hit the country's main exports; Japanese auto makers, for example, started shifting more production overseas.  This started to hamper economic growth and prompted the Bank of Japan to ease monetary policy. However, much of the cash from the easing, along with hot foreign money that followed the liberalisation of the capital account, flowed into stocks, property and other assets, often magnified through leveraging. "China is already applying lessons from Japan's experience. Even when growth is slowing, Chinese policymakers aren't taking policy measures that could heighten financial imbalances. That's very wise of them," Bank of Japan board member Takahide Kiuchi told a news conference in Maebashi, north of Tokyo, on Thursday. He said that even when asset bubbles were forming, Japan wasn't able to tighten monetary policy because of the impacts it would have on the United States, its biggest partner. "One of the lessons from Japan's experience is that achieving domestic economic stability should be the top priority for policymakers (rather than international considerations)," Kiuchi added. DEBT RISK China has other challenges that echo Japan's past. Its property market has cooled since the government tightened policy to prevent overheating and due to oversupply, and that, coupled with economic slowdown, is raising fears of a rapid rise in bad loans at banks and a further dent in local government finances. Sources said regulators have also been asking how Japan dealt with bank bankruptcies, and that could be a signal Beijing is preparing for a likely consolidation in the fragmented banking sector once interest rates are liberalised. "It makes perfects sense for them to look to Japan rather than other countries since our financial systems are very similar," said another Shanghai-based source. Like Japan, Chinese firms rely heavily on bank loans to meet their financing needs as opposed to debt or equity issues. Also China heavily regulates its banking sector, for example by limiting the number and locations where banks can open branches, similar to Japan in the 1970s and 1980s. "The consolidation in the banking sector Japan saw in the 70s and 80s was mainly a result of stronger banks rescuing weaker ones so they could expand their network. It's possible this kind of move will happen in China," the source said. On the surface, government relations between Tokyo and Beijing remain cool after Japan nationalised disputed islands in the East China Sea in 2012, which triggered anti-Japan protests in China and a boycott of Japanese goods. But the sources say communication between the countries remained frequent, though often at low-key, private meetings. "There’s very frequent exchange of views. But it usually takes an informal setting because at times it’s hard to meet publicly in big, public events,” said one Japanese policymaker with knowledge of bilateral exchanges. -Reuters