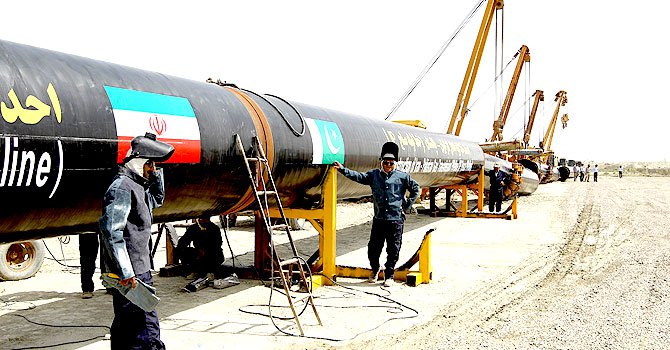 LAHORE (92 News) – With the international sanctions on Iran expected to end after a nuclear deal is concluded, an American newspaper Wall Street Journal has claimed that China will sponsor the construction of Pakistan’s portion of the Iran-Pakistan gaspipeline. Citing Pakistani officials as the source, the paper claimed on Wednesday  that Pakistan has been negotiating for months behind the scenes for China to build its portion of the pipeline, which will cost up to $2 billion. The 900-kilometer Iran section of the pipeline has already been completed. The pipeline will bring much-needed relief for Pakistan, which suffers from a crippling electricity deficit due to a shortage of fuel for its power-generation plants