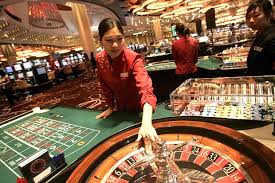 (Reuters) - China will fight attempts by foreign casinos to lure its citizens abroad, a senior police official said on Friday, which could deal a blow to the gaming firms in Macau and Asian countries that rely on these punters for most of their revenue. Chinese, among the world's most prolific gamblers, often travel to the Chinese territory of Macau, South Korea, the Philippines or Australia, as gambling is illegal in mainland China, except for heavily regulated state-sanctioned lotteries Hua Jingfeng, a deputy bureau chief at the Ministry of Public Security, said illegal gambling remained a problem even though the government was "forcefully keeping it in check". "Some foreign countries see our nation as an enormous market, and we have investigated a series of cases," Hua told reporters, according to a transcript on state media websites. "A fair number of neighboring countries have casinos, and they have set up offices in China to attract and drum up interest from Chinese citizens to go abroad and gamble. This will also be an area that we will crack down on." He did not elaborate. Paradise Co, Las Vegas Sands, Wynn Resorts, MGM Resorts, Galaxy Entertainment, SJM Holdings and Melco Crown are some of the operators that depend on Chinese gamblers. Chinese President Xi Jinping's protracted crackdown on corruption and conspicuous spending has kept wealthy Chinese gamblers away from Macau, the world's biggest gambling hub, where revenues last year plummeted to their worst level since the industry was liberalized in 2001. At the same time, casino operators around Asia have been aggressively courting Chinese gamblers, with many relying on Macau or mainland junkets to lure high rollers. Casinos are not allowed to legally advertise in mainland China, but operators have skirted around the issue by promoting the resorts where the casinos are located. Hua said the government was also seeking to crack down on a "small number" of police and government officials who are guilty of collusion in covering up gambling and providing an umbrella of protection for it. Last year hundreds of people were detained in the southern city of Dongguan, which lies close to Hong Kong, in a sweep against prostitution and gambling dens.