China to lift ban on imports of UK beef: Hammond 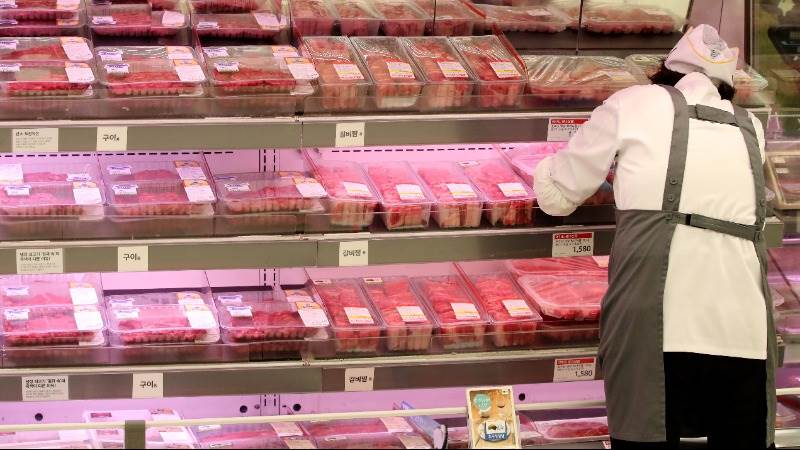 China to lift ban on imports of UK beef: Hammond

LONDON (Reuters) - China has agreed to lift a ban on imports of British beef that was imposed over a BSE crisis in the 1990s, Chancellor Philip Hammond said . “Delighted that I have agreed with Chinese Vice Premier Hu Chunhua that China will lift the BSE ban on British beef. This is great news for British farmers,” he said on Twitter. Hammond is visiting Beijing this week. The agreement allows official market access negotiations to begin, said a government statement, adding that the process typically takes around three years. The move comes after Prime Minister Theresa May’s trade mission to China in January, when she said China had agreed to lift a ban on British beef exports within the next six months. China is the world’s fastest growing beef market, with imports last year of 700,000 tonnes, worth about $3.3 billion. Beef imports from Britain have been banned since the 1990s following outbreaks of bovine spongiform encephalopathy (BSE), commonly called mad cow disease. British beef exports to China are expected to be worth £250 million in the first five years, said the statement. The deal comes as Britain prepares to leave the European Union next year, its biggest market for agricultural products. “Today’s announcement is a huge coup for British businesses who want to access global trading opportunities as we leave the EU,” said International Trade Secretary Liam Fox in the statement. Other European countries ahead of Britain in getting access to China’s beef market include Ireland, which now has full access, and France, which expects to be able to ship product by September this year.