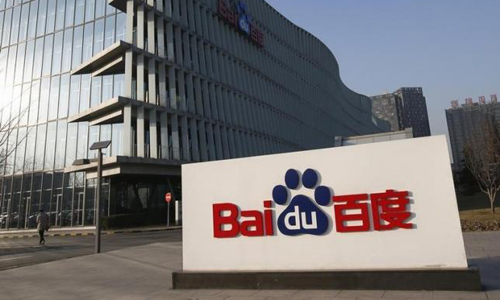 BEIJING - China will punish Internet companies including Tencent Holdings Ltd, Youku Tudou Inc and Baidu Inc's iQiyi for hosting videos suspected of containing violence and pornography, which it said causes juvenile delinquency. The offending material is primarily Japanese animation on the video streaming websites of Tencent, Youku Tudou, iQiyi, Sohu.com Inc and Leshi Internet Information & Technology Corp Beijing (LeTV), the Ministry of Culture said on its website on Tuesday. The ministry's animation "blacklisting" is part of a broader campaign to control Internet content. That includes eradicating material deemed damaging to society and the ruling Communist Party, which cybersecurity experts say oversees the world's most sophisticated Internet censorship. The titles in question - 'Blood-C', 'Terror in Resonance' and 'Highschool of the Dead' - include scenes of violence, pornography, terrorism and crimes against public morality, the ministry said. 'Blood-C' depicts girls fighting monsters, heavy blood-letting, the severing of limbs and beheading, while 'Highschool of the Dead' features borderline-pornographic imagery, the ministry said. The ministry said it would despatch agencies to carry out punishment according to the law, even though the companies are merely suspected of hosting pornographic content. It did not detail what the punishment would be. Tencent, Youku Tudou, iQiyi and LeTV were not available for immediate comment. Sohu declined to provide immediate comment. On April 1, China's online video sites will be subject to new regulations tightening control of foreign content. Websites which have not sought approval for their foreign programs by then will be prohibited from broadcasting the media. While the latest regulations apply to domestic companies, experts say China's attempts to control and censor the Internet has evolved into attacks on overseas websites deemed a threat by the government. An ongoing cyberattack on U.S. coding site GitHub, which began last week from China, is attempting to paralyze the site by using distributed denial of service attacks, or DDoS, online security researchers said. The attacks appear to target two GitHub pages that link to copies of websites banned in China - a Mandarin-language site from the New York Times Co and Greatfire.org, which helps Chinese users circumvent government censorship, the researchers said. - REUTERS