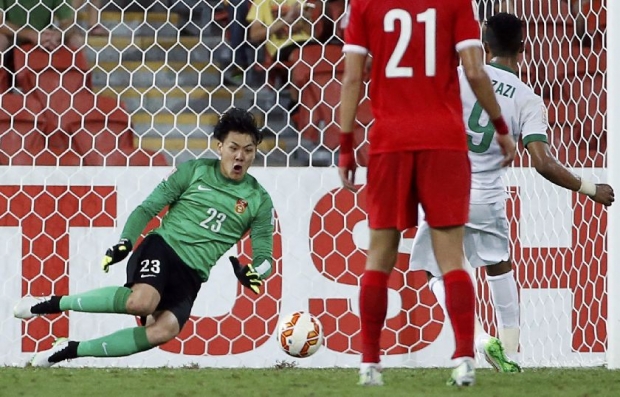 SHANGHAI - China is removing the hand of government from the country's football body and will end its state funding, an official newspaper reported on Tuesday, a major step in a plan to overhaul the corruption-tainted sport and raise the level of play. The ministry-level General Administration of Sport announced on Monday it was removing its grip on the Chinese Football Association (CFA) by reshuffling government officials out and turning the body into a "full-fledged" non-governmental organisation, the China Daily reported. Officials from the administration currently run the CFA. The move is part of a football reform plan issued by the State Council, or cabinet, in March and backed by Chinese President Xi Jinping, a football fan who is pushing for the country to host the World Cup finals one day. Despite enjoying widespread popularity in China, the sport has been riddled with scandal and ridiculed as a source of national shame. The men's national team is ranked 79th by world football's governing body FIFA. "Reshuffling CFA management is a priority to carry on overall football reform, which will see the game's management run independently without interference from administrative powers," said Cai Zhenhua, CFA president and deputy director of the sport administration, according to the newspaper. Government officials involved in the CFA, including Cai, would have to choose either to work for the body full time or withdraw from it, he added. According to a revised CFA constitution, the new leadership would be elected at its 47-member congress at the end of the year, when the association's new organisational structure would be established, the newspaper said. The association would stop receiving government funding and "stand on its own feet financially through independent marketing initiatives", while making public its financial records and submitting to annual third-party audits, it said. Decision-making powers would be handed to a domestic league council, which was formed by 16 Chinese Super League club share-holders in 2005, it said. -Reuters