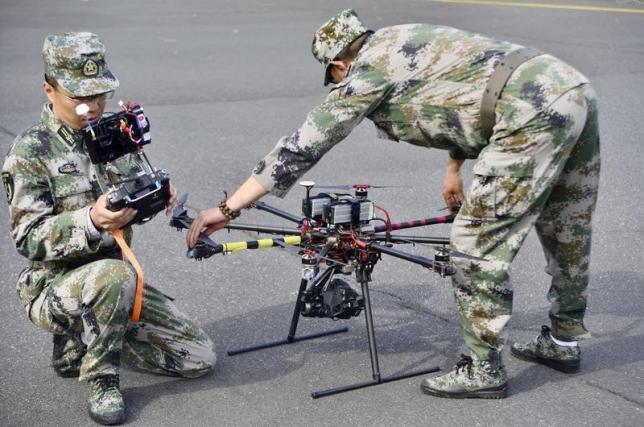 BEIJING - China will restrict the export of drones and supercomputers from Aug. 15 to help protect national security out of fears such equipment could fall into the hands of militant groups, state news agency Xinhua said on Monday. While its technology lags behind the United States and Israel, the biggest vendors of unmanned aerial vehicles (UAV), China is attracting a growing list of foreign buyers including Nigeria, Pakistan and Egypt. Beijing has previously had limited success exporting manned military aircraft but is hoping to do better with UAVs because they are cheaper and easier to manufacture. Xinhua said that the main focus of the new restrictions was on drones that can fly for a long time at high altitude. "The main aim of the export restrictions on drones is due to anti-terror needs, to avoid large, high-tech drones from falling into the hands of illegal elements," the report said. As Chinese drones' technical abilities are now among the best in the world, Xinhua said, the country also needs to protect its intellectual property rights and this was another reason for the controls. It was unclear if the move was in response to any drones, or supercomputers, falling into the hands of militant groups. China says it faces a threat from Islamist militants in its far Western region of Xinjiang, though the main group Beijing says operates there, the East Turkestan Islamic Movement, is not believed by most foreign experts to exist in a large or coherent form. Last month, the Defence Ministry said that the air force had dispatched a drone to the site of a small earthquake in Xinjiang to help in monitoring work. The rapid deployment of the drone to the disaster zone suggested the air force was already using them in Xinjiang, a restive part of the country where hundreds have died in the past few years in violence blamed by Beijing on the militants. - REUTERS