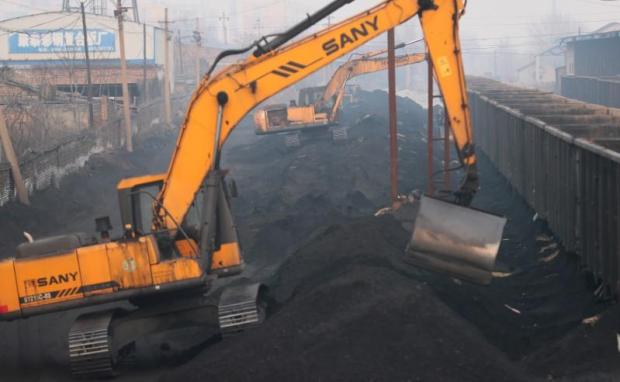 BEIJING (Reuters) - China said it will switch another 1.18 million residential households in 11 cities located in three central provinces to natural gas heating this winter as part of the country’s anti-air pollution campaign. The 11 cities are located in the Fenwei Plain, made up of the provinces of Shanxi and Shaanxi, two of China’s biggest coal producing regions, as well as Henan. The area was included by Beijing as a “key battlefield” in the war against air pollution in July on top of 28 other cities in northern China. The switch from coal is due by the end of October, the Ministry of Ecology and Environment (MEE) said in a statement, after local authorities submitted their clean energy heating plans to the central government earlier this year. Under the plan, coal burning heaters will be replaced by equipment running on gas or electricity. Air pollution in the Fenwei Plain is a concern. The city of Linfen in Shanxi, which has been called the most polluted city on Earth by other media, was identified as having the worst air quality among 169 cities monitored by the MEE in the first nine months of this year, the MEE said. Moving from coal to gas is aimed at reducing the amount of pollution from particulate matter measuring 2.5 microns (PM2.5), pollution that is considered the most hazardous since it can lodge deep in the lungs. The Fenwei Plain region must cut its average concentration of PM2.5 by 4 percent between October and March next year from same period last year, the MEE said. Local governments will need to promote consolidation in the coke and steel industry to eliminate small and outdated capacity and improve the emission standards of the sectors. The MEE also asked the region to accelerate switching from road to railroad transportation by accelerating construction of rail lines connecting ports with coal mines, utilities, steel mills and coke plants. Heavy industry in the Fenwei Plain will need to implement production restrictions during the heating season, typically from mid-November until mid-March, or shut down if they fail to meet certain emission standards, the MEE said. Detailed output cutting plans will be set by individual cities by the end of October, it said. Luliang city in Shanxi province issued its winter anti-pollution plan on Monday night, ordering heavy industry to cut output by up to 50 percent from Nov. 1 to Mar. 31, 2019, according to a document from the environment bureau of Luliang. The households switched to gas in the Fenwei plain are in addition to the 3.62 million that need to be switched in the 28 other northern Chinese cities, the MEE said. China’s total natural gas supply will increase by 25 billion cubic metres in 2018 compared to last year, focussing on Beijing and its nearby regions and Fenwei Plain, the National Energy Administration said in a news briefing on Tuesday.