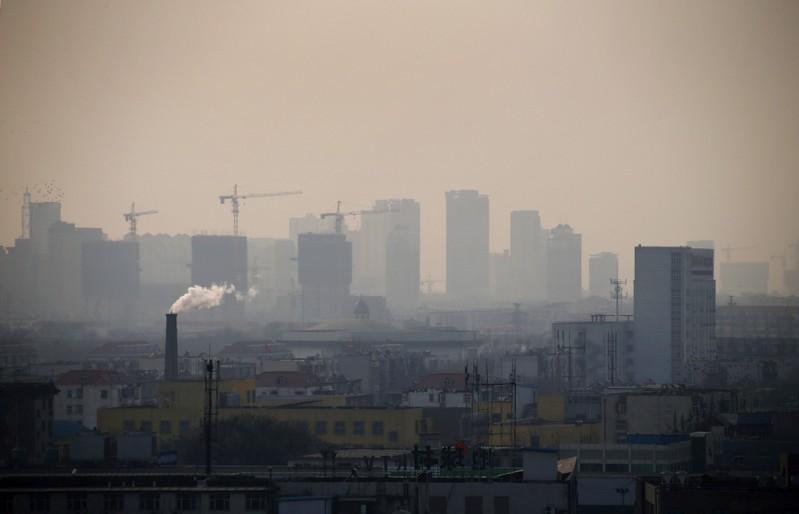 SHANGHAI (Reuters) - China’s environment ministry has urged 28 northern cities to shut factories to tackle a bout of heavy smog in the region, the Shanghai Securities News reported on Tuesday, a sign that tough winter curbs could be extended for the rest of the year.

The Ministry of Ecology and Environment (MEE) said on Sunday that it had told cities to take emergency action to tackle this week’s smog and to strengthen supervision. The Shanghai Securities News said the notice also included measures to shut or reduce output at a selected number of plants in the region.

As many as 34 northern Chinese cities have issued smog alerts this week amid concerns that industrial activity was starting to ramp up again following six months of tough output curbs.

The MEE said on Sunday that the heavy smog, expected to last until Wednesday, was caused by warm and humid air as well as the resumption of large swathes of industrial production in the region.

China’s winter campaign to force 28 northern cities to shut plants and restrict traffic came to an end earlier this month, but the major steel-producing city of Tangshan has already announced plans to extend the curbs until November.

A manager at a steel mill in Tangshan said they had received a notice to shut down production for the whole of this week. A separate industry official said output restrictions were currently in effect throughout the city. He did not elaborate.

However, the head of one ceramics firm at Zibo in the province of Shandong, which was forced to suspend operations at the end of last year, said his company had not received any closure orders since January.

China is currently drawing up a new three-year action plan to curb smog in major industrial regions and has promised tougher targets and smarter enforcement methods.