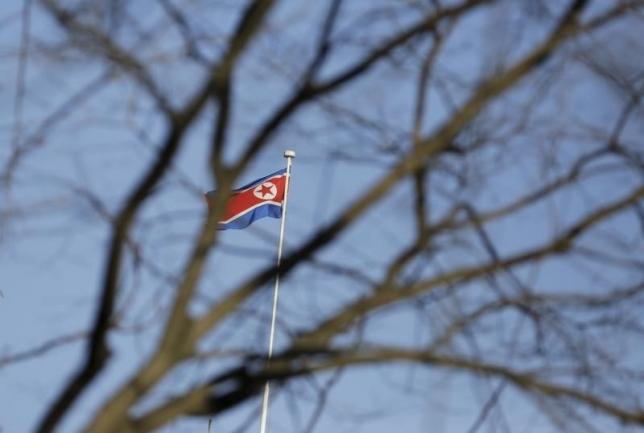 BEIJING - China's foreign ministry on Monday urged the United States and North Korea to sit down with each other face-to-face and resolve their problems, as tension continues to climb on the Korean peninsula after North Korea's latest rocket test.

While China was angered by the launch, it has also expressed concern at plans by Washington and Seoul to deploy an advanced US missile defense system, saying it would impact upon China's own security.

"The focus of the nuclear issue on the peninsula is between the United States and North Korea," Chinese Foreign Ministry spokesman Hong Lei told a daily news briefing.

"We urge the United States and North Korea to sit down and have communications and negotiations, to explore ways to resolve each other's reasonable concerns and finally reach the goal we all want reached."

North Korea launched a long-range rocket on Feb. 7 carrying what it called a satellite, drawing renewed international condemnation just weeks after it carried out a nuclear bomb test.

It said the launch was for peaceful purposes, but Seoul and Washington have said it violated United Nations Security Council resolutions because it used ballistic missile technology.

North Korea's nuclear bomb test last month was also banned by a UN resolution. China, while frustrated by North Korea and having signed up for numerous previous rounds of United Nations sanctions on its isolated neighbour, has said it does not believe sanctions are the way to resolve the problem and has urged a return to talks.

Numerous efforts to restart multilateral talks have failed since negotiations collapsed following the last round in 2008. Chinese popular opinion has become increasingly fed up with North Korea, a country once a close diplomatic ally.

In an editorial on Monday, the official English-language China Daily called for new UN sanctions to "truly bite". "The threat of a nuclear-armed DPRK is more real than ever," it said, using the North's formal name, the Democratic People's Republic of Korea.

Hong repeated that North Korea would have to "pay a price" for its behaviour. Tension persists on the Korean peninsula. Last Wednesday, South Korea suspended operations at the Kaesong industrial zone just inside North Korea, as punishment for the rocket launch and nuclear test.

The North on Thursday called the action "a declaration of war" and expelled the South's workers. Kaesong, which had operated for more than a decade, was the last venue for regular interaction between the divided Koreas. Asked about the zone's shutdown, Chinese spokesman Hong said the peninsula was in a "complex and sensitive" phase. "We hope all sides can take steps to ameliorate the tense situation," he said. -Reuters