China will give back seized drone, criticizes US 'hyping up' the issue 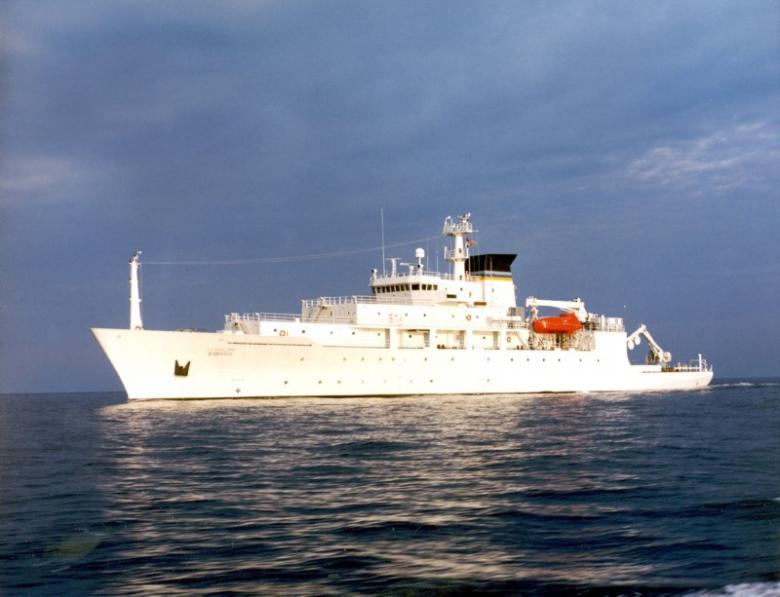 China will give back seized drone, criticizes US 'hyping up' the issue

BEIJING – China's Defence Ministry said on Saturday it had been in talks with the United States about returning an underwater drone taken by a Chinese naval vessel in the South China Sea, but the U.S. was not helping by "hyping up" the issue.
The drone was taken on Thursday, the first seizure of its kind in recent memory, about 50 nautical miles northwest of Subic Bay off the Philippines, just as the USNS Bowditch was about to retrieve the unmanned underwater vehicle (UUV), U.S. officials said. The Defence Ministry said a Chinese naval vessel discovered a piece of "unidentified equipment" and checked it to prevent any navigational safety issues, before discovering it was a U.S. drone. "China decided to return it to the U.S. side in an appropriate manner, and China and the U.S. have all along been in communication about it," the ministry said on its website. "During this process, the U.S. side's unilateral and open hyping up is inappropriate, and is not beneficial to the smooth resolution of this issue. We express regret at this," it added. U.S. President-elect Donald Trump weighed in to the row on Saturday, tweeting: "China steals United States Navy research drone in international waters - rips it out of water and takes it to China in unprecedented act." Without directly saying whether the drone was operating in waters China considers its own, the ministry said U.S. ships and aircraft have for a long period been carrying out surveillance and surveys in "the presence" of Chinese waters. "China is resolutely opposed to this, and demands the U.S. stops this kind of activity," it said. China will remain on alert for these sorts of activities and take necessary steps to deal with them, the ministry said without elaborating. Earlier, the Global Times, published by the ruling Communist Party's official People's Daily, cited an unidentified Chinese source as saying they believed the issue would be resolved smoothly. The United States says the drone was operating lawfully. "The UUV was lawfully conducting a military survey in the waters of the South China Sea," a U.S. official said, speaking on condition of anonymity. "It's a sovereign immune vessel, clearly marked in English not to be removed from the water - that it was U.S. property," the official said. The Pentagon confirmed the incident at a news briefing on Friday, and said the drone used commercially available technology and sold for about $150,000. Still, the Pentagon viewed China's seizure seriously since it had effectively taken U.S. military property. "It is ours, and it is clearly marked as ours and we would like it back. And we would like this not to happen again," Pentagon spokesman Jeff Davis said. HEIGHTENED CONCERNS The seizure will add to concerns about China's increased military presence and aggressive posture in the disputed South China Sea, including its militarization of maritime outposts. A U.S. research group said this week that new satellite imagery indicated China has installed weapons, including anti-aircraft and anti-missile systems, on all seven artificial islands it has built in the South China Sea. The drone seizure coincided with saber-rattling from Chinese state media and some in its military establishment after Trump cast doubt on whether Washington would stick to its nearly four-decades-old policy of recognizing that Taiwan is part of "one China." Those comments came after Trump took a telephone call from Taiwan President Tsai Ing-wen on Dec. 2, prompting a diplomatic protest from China. President Barack Obama said on Friday it was appropriate for Trump to take a fresh look at U.S. policy toward Taiwan, but he cautioned that a shift could lead to significant consequences in the U.S. relationship with Beijing, as the notion that Taiwan is part of "one China" is central to China's view of itself as a nation. –Reuters