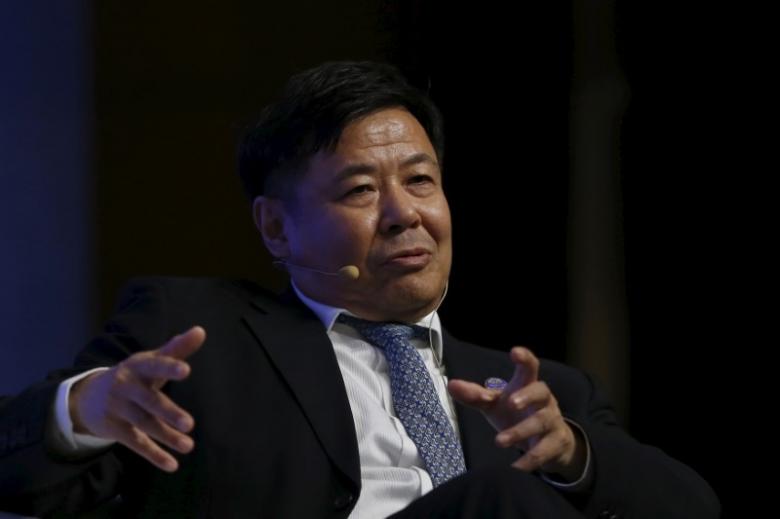 BEIJING – China hopes there won't be a trade war with the United States, but it will take "appropriate steps" to cope with that possibility, a Chinese vice finance minister said on Saturday. Zhu Guangyao, addressing an economic forum at a time of rising tensions with Washington, said both countries should abandon a "zero sum" mentality and seek to improve to improve economic and trade cooperation. "China will take appropriate steps to cope with a possible trade war with the United States, including through bilateral communications and the World Trade Organization," he said.
"We don't hope to see this happen. It could hurt both countries," Zhu said.
But China will "unwaveringly safeguard" its core interests, which he said involved "territorial integrity, sovereignty and safety of political systems". His comments come as relations between Beijing and Washington have become more strained following the election of Donald Trump as U.S. president. Trump has promised to name China a currency manipulator on his first day in office in January, and to slap 45 percent import tariffs on Chinese goods. Beijing lodged a diplomatic protest this month after Trump, a Republican, spoke by phone with Taiwan President Tsai Ing-wen, breaking with Washington's decades-old "one-China" policy. On Friday, China's seizure of a U.S. underwater drone in the South China sea triggered a formal diplomatic protest by the U.S. A state-run China newspaper said on Saturday that Beijing expects a smooth resolution to the seizure by its navy of "unidentified" equipment. Zhu told Saturday's forum China hopes to seal a bilateral investment treaty that's under negotiation with the United States as soon as possible. U.S. officials have said a negative investment list that greatly reduces the number of sectors in China which are off-limits to foreign investment is critical to reaching an agreement. –Reuters