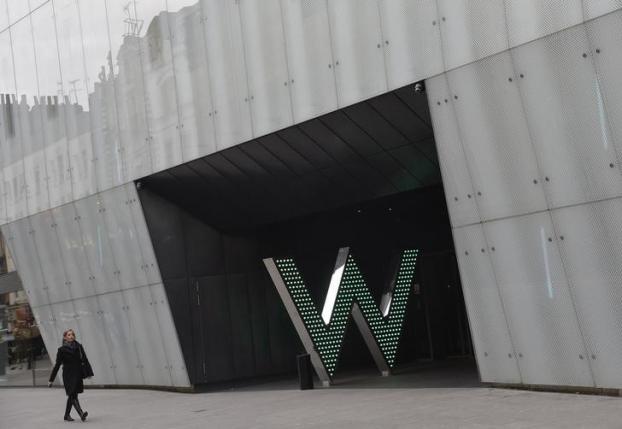 BEIJING - China's Anbang Insurance Group Co said it has abandoned its $14 billion (9.7 billion pounds) bid for Starwood Hotels & Resorts Worldwide Inc, paving the way for Marriott International Inc to buy the Sheraton and Westin hotels operator. The surprise withdrawal marks an anticlimactic end to a bidding war that had pitted Marriott's ambitions to create the world's largest lodging company, with about 5,700 hotels, against Anbang's drive to create a vast portfolio of US real estate assets. It also represents a blow to corporate China's growing ambitions to acquire US assets. Anbang's acquisition of Starwood would have been the largest takeover of a US company by a Chinese buyer. "We were attracted to the opportunity presented by Starwood because of its high-quality, leading global hotel brands, which met many of our acquisition criteria, including the ability to generate consistent, long-term returns over time," Anbang said in a statement. "However, due to various market considerations, the consortium has determined not to proceed further," Anbang added, referring to the joint bid it had put together with private equity firms J.C. Flowers & Co and Primavera Capital Ltd. Anbang did not offer Starwood a reason for not following through on its raised offer of March 26, according to people familiar with the matter. They asked not to be identified disclosing confidential discussions. Starwood said on Monday that Anbang had raised its offer to almost $14 billion. Anbang had been expected to firm up that non-binding offer, so that Starwood would formally declare it superior to Marriott's. Anbang had already made a $13.2 billion binding and fully financed offer earlier this month, which Starwood accepted as superior. Had Marriott not counterbid on March 21, Starwood would have proceeded with the earlier Anbang offer. Starwood also said in a statement on Thursday that Anbang had withdrawn its offer "as a result of market considerations," which it did not specify. Marriott declined to provide immediate comment. The move fuelled speculation on what drove Anbang to change course, especially given that many Chinese overseas acquisitions have been encouraged by the country's authorities. Chinese financial magazine Caixin reported earlier this month that China's insurance regulator would likely reject a bid by Anbang to buy Starwood, since it would put the insurer's offshore assets above a 15 percent threshold for overseas investments. Should Anbang have clinched an agreement with Starwood, it would have been scrutinized by the Committee on Foreign Investment in the United States (CFIUS), an interagency panel that reviews deals to ensure they do not harm national security. However, sources had said that both Starwood and Anbang believed the deal would have received CFIUS clearance. "My guess is that Starwood wanted either a higher break-up fee, maybe a billion dollars, or a higher price from Anbang to offset the risk," said Ryan Meliker, an analyst at Canaccord Genuity Group Inc. In its latest offer, Anbang's consortium had offered $82.75 per share in cash. Marriott's latest cash-and-stock offer, which was announced on March 21, is worth around $75 per share. Starwood shareholders will also receive stock in Interval Leisure Group Inc, worth $6.13 per Starwood share. This is the result of a deal last year to spin off Starwood's timeshare business and combine it with Interval Leisure Group. Starwood's shares fell 4.4 percent to $79.80 in extended trading, while Marriott shares fell 4.9 percent to $67.68. This indicates that some Marriott shareholders are disappointed that the company is moving ahead with the deal at such a high price. Anbang was established in 2004 as an automotive and property insurer by Chairman Wu Xiaohui, a native of China's entrepreneurial coastal city Wenzhou. The company has been leveraging its 1.65 trillion yuan ($253 billion) in assets to transform into a worldwide investor. In October 2014, Anbang agreed to pay $1.95 billion for the Waldorf Astoria Hotel in New York, a move Wu said brought the insurer "extra brand recognition" and business opportunities. Earlier this month, Anbang agreed to pay Blackstone Group LP $6.5 billion for Strategic Hotels & Resorts Inc, whose 16 luxury properties include the Four Seasons Washington D.C. Last year, Anbang agreed to buy US insurer Fidelity & Guaranty Life for $1.6 billion, and paid around $1 billion for South Korea's Tong Yang Life Insurance Co. It has also bought control of Fidea, a Belgium-based insurer, and the Belgian banking operations of Dutch insurer Delta Lloyd NV. At home, Anbang has a leading stake in China Minsheng Banking Corp Ltd, the country's biggest private lender, and is a significant shareholder in China Vanke Co, the largest residential property developer. The Starwood deal would give Marriott a greater presence in markets such as Europe, Latin America and Asia, and allow it to better compete with apartment-sharing startups such as Airbnb. -Reuters