China's cash-strapped LeEco in talks to gain $1.4 billion from investor 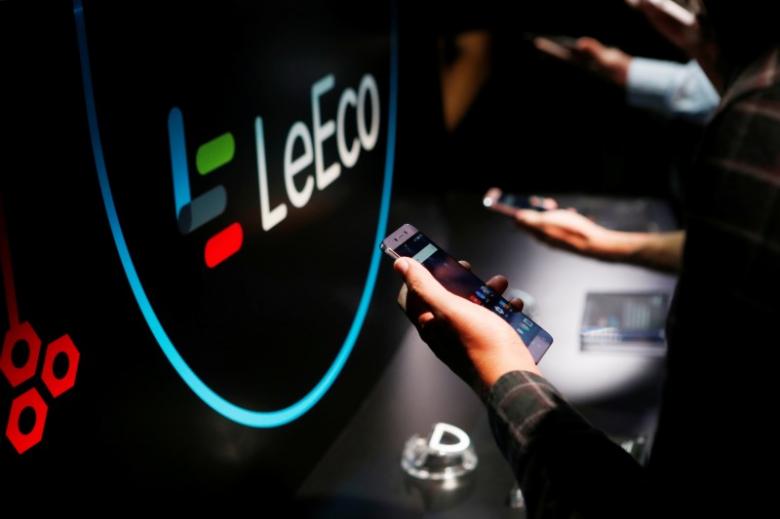 China's cash-strapped LeEco in talks to gain $1.4 billion from investor

SHANGHAI/HONG KONG - China's cash-strapped LeEco said it is in talks to secure $1.4 billion from an unidentified strategic investor, but the announcement was seen as insufficient to dispel concern over the high-tech conglomerate's financial health. Led by tycoon Jia Yueting, LeEco expanded aggressively into electric and driverless cars and smartphones after making its name in video streaming, but last month warned staff it was facing 'a big company disease' after growing too fast and in too many directions left it short of funds. LeEco is still finalizing details of the investment, according to a filing by its Shenzhen-listed unit Leshi Internet Information and Technology (300104.SZ). Leshi said it would extend a trading halt on its stock but the halt would not exceed 10 days. China Business News cited a source familiar with the situation as saying that the strategic investor was an insurance company. Representatives for LeEco declined to comment. "They aren't saying clearly where their money is coming from or how it will be allocated," said Alex Ng, an analyst at China Merchants Securities. Ng added that the company needed to explain its expansion plans further as so far there had been no discussion of any major change in direction. Following its admission of a cash crunch, LeEco said soon after that it had secured commitments for $600 million to support its automotive unit and other high-tech businesses. The firm's sports broadcasting unit, LeSports, also said it would cut 10 percent of its staff and restructure its business. The unit still owes as much as $30 million in payments to the Beijing-based Super Sports Media Group, which holds exclusive rights to broadcast English Premier League games in China but has reached a compromise with rights holders to broadcast games over the New Year. LeEco also broke ground on a new electric car plant in eastern China's Zhejiang province on Wednesday, the official China Daily reported. The newspaper said the first phase of the new factory would cost 11 billion yuan ($1.6 billion) to build and would produce 400,000 vehicles a year. Shares in Leshi have fallen 40 percent since early June this year when it came off a six-month trading halt after gaining government approval for financing arrangements. It has been on its current trading halt since Dec. 6. Leshi has a market value of some $10 billion but investors have little insight into the health of the entire LeEco group which includes privately held Leshi Holdings, which is also controlled by Jia. -Reuters