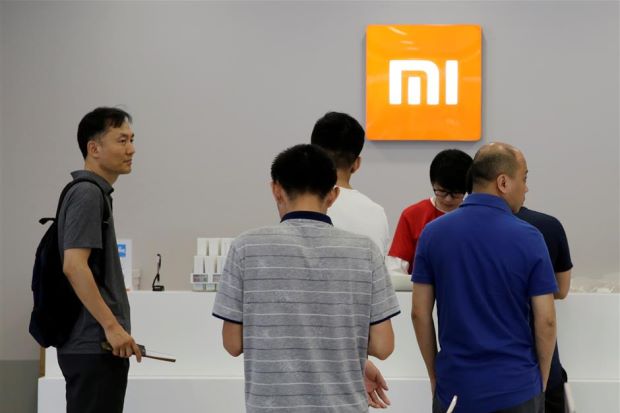 BEIJING (Reuters) - Chinese authorities on Tuesday said smartphone maker Xioami Corp made errors in its accounting, sending the company’s Hong Kong-listed shares down amid a wider sell-off of China tech stocks. Xiaomi was one of several internet firms named in the annual inspection by China’s Ministry of Finance. Other firms include e-commerce giant Suning.Com Co Ltd and online game developer Wuhu Shunrong Sanqi Interactive Entertainment Network Technology Co Ltd. Xiaomi’s stock was down 4 percent on Tuesday morning. The ministry in its report said Xiaomi had made tax errors on corporate gifts and had incorrectly recorded some corporate costs. The document noted that the firm has already rectified the errors. It also noted that other companies had made efforts to evade taxes by shifting their profits overseas. A Xiaomi spokeswoman declined to comment on the report. The rebuke comes as the company is facing teething issues following its much-anticipated listing in July. Its stock is down more than 30 percent since the initial public offering (IPO) amid a wider sell off of China tech stocks that has also affected peers Alibaba Group Holding Ltd and Tencent Holdings Ltd. It also comes as China is making revisions to its tax code and cracking down on evasion in a wide-scale cleanup that ensnared A-list movie star Fan Bingbing among others. Despite its tumbling price, Xiaomi has reported healthy smartphone sales in 2018. Earlier this month it said it has already surpassed its full-year sales goal of 100 million handsets.