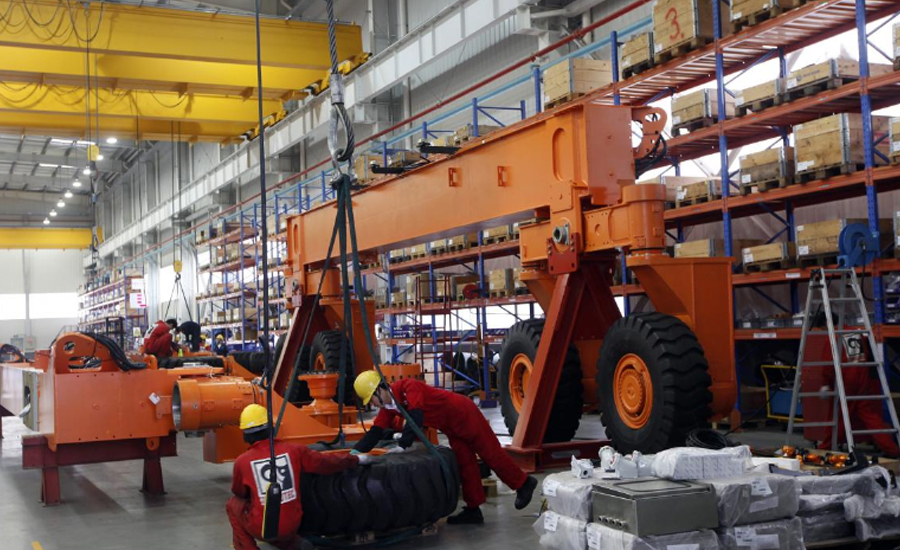 BEIJING (Reuters) – Earnings growth at China’s industrial firms in November fell for the first time in nearly three years in the face of slackening domestic and external demand, highlighting rising risks to the world’s second-largest economy. The gloomy data points to a further loss of economic momentum as a trade dispute with the United States piles pressure on China’s vast manufacturing sector and as firms, bracing for a tough year ahead, shelve their investment plans, executives say. Industrial profits fell 1.8 percent in November from a year earlier to 594.8 billion yuan ($86.33 billion), the National Bureau of Statistics (NBS) said on its website on Thursday. It marked the first decline since December 2015. For the first eleven months, profits at industrial firms rose 11.8 percent from the same period a year earlier to 6.1 trillion yuan, slowing from a 13.6 percent increase in January-October. The decline in profits largely reflected slowing growth in sales and producer prices as well as rising costs, He ping of the statistics bureau said in a statement accompanying the data. Economists expect earnings to continue to worsen next year, weighed down by smaller gains in industrial prices in the face of cooling demand, with some even warning of the risk of deflation. In November, China’s factory price growth slowed to the weakest pace in two years as domestic demand lost further momentum. “Survival is paramount for us (next year) – we will be more cautious with our investments,” Jiang Ming, chairman of Henan-based Tianming Group that has businesses in healthcare, construction and finance, told Reuters. “We also need to maintain better cashflows and save our ammunition to prepare for the tight, tough and difficult days ahead.” The growing pressure on China’s economy has prompted the government to rollout a range of measures to juice up demand. In a key annual economic conference held this month the country’s top leaders said they will ratchet up support for the economy in 2019 by cutting taxes and keeping liquidity ample, while promising to push forward trade negotiations with the United States. Earnings growth at China’s industrial firms has been cooling since April this year as factory price gains slowed on the back growing pressure on the global economy. The bitter trade war with the United States has also pressured overall output and demand in a blow to business investment plans. With the arrival of winter, industrial output has taken a hit as the government intensifies a crackdown on pollution to restrict production in smoke-belching factories. China’s top steelmaking city Tangshan asked steel mills earlier this month to cut extra output during December 9 and 31, which is an additional reduction on top of that ordered during the winter heating season. Profits earned by China’s state-owned industrial enterprises rose 16.1 percent year-on-year to 1.8 trillion yuan in January-November period, slowing from a 20.6 percent growth in the first ten months. Upstream sectors such as oil extraction, coal and metal mining still commanded the lion’s share of profit gains in the 11-month period but their growth softened in November. Profit growth for oil and natural gas extraction rose 333 percent in the first eleven months of the year, easing significantly from a 371 percent jump for January-October. As of end-November, industrial firms’ liabilities increased 5.8 percent from a year earlier to 64.6 trillion yuan, according to the Statistics Bureau.