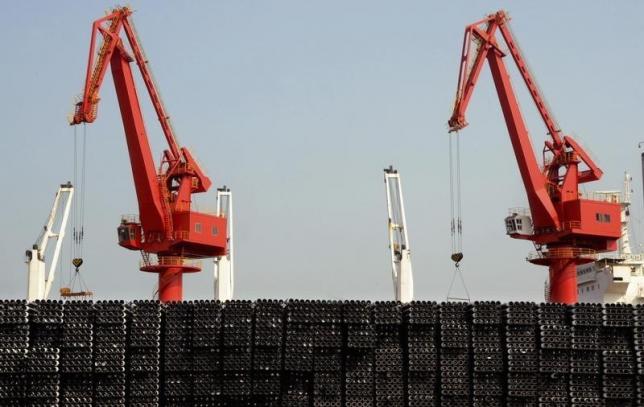 BEIJING - Chinese exports fell far more than expected in July, along with imports, reinforcing expectations that the government will roll out more stimulus to support the world's second-largest economy. Exports slumped 8.3 percent from a year earlier, weaker than expectations for a 1 percent decline in a Reuters poll, and reversing a 2.8 percent gain in June. Imports fell 8.1 percent, in line with expectations of an 8 percent drop, after a 6.1 percent decline in June, highlighting soft domestic demand and lower commodity prices. China had a trade surplus of $43.03 billion for the month, the General Administration of Customs said on Saturday, compared with forecasts of $53.25 billion. The July trade data adds to concern that the economy may have begun to lose momentum in the second half of the year. The June readings had shown some signs that it was stabilising. Economists say persistent weakness in China's imports point to a weak domestic economy. Meanwhile, erratic global demand and a relatively strong yuan have weighed on exports. -Reuters