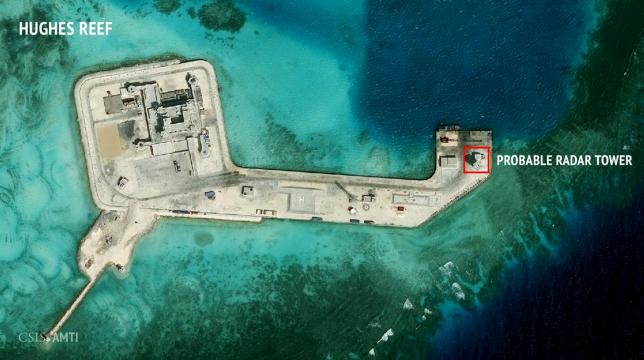 AMSTERDAM - China's resounding defeat in a legal battle with the Philippines over territorial claims in the South China Sea could embolden other states to file lawsuits if Beijing refuses to compromise on access to the resource-rich region. There are several avenues for litigation that countries could pursue rather than risk any action at sea that would worsen military tensions, legal and security experts said. The Permanent Court of Arbitration (PCA) in The Hague concluded that China had violated the Philippines' economic and sovereign rights. Brunei, Indonesia, Malaysia, Taiwan and Vietnam also have unresolved, overlapping claims on parts of the South China Sea. A five-judge tribunal dismissed China's "Nine-dash line" - a 69-year-old claim to roughly 85 percent of the South China Sea - saying it was unlawful under the 1982 U.N. Convention on the Law of the Sea (UNLCLOS). The ruling is binding for Beijing and Manila, but it also set a legal precedent by determining that UNCLOS rules take precedence over China's historic claims. That bolsters the treaty's standing in international law, experts said. "It will have enormous impact on future jurisprudence and on the perceived legitimacy of other claims in the South China Sea and around the world," said Gregory Poling, head of the Asia Maritime Transparency Initiative. Although China rejected the Hague court, which has no enforcement powers, Poling said that the vast majority of international arbitration awards over the last century have eventually been respected. "Reputational damage matters to modern states," he said. Chinese foreign ministry spokesman Lu Kang said the ASEAN grouping of Southeast Asian countries had put forward a dual track proposal. "This is that relevant disputes in the South China Sea should be resolved by parties directly involved via direct talks and consultations," Lu told reporters. "The peace and stability of the South China Sea is for China and the 10 members of ASEAN to dedicate themselves to maintaining. I believe this thinking, this basic spirit, is still the common wish of China and most countries in the region." The United States has launched a round of quiet diplomacy to persuade countries around the region not to move aggressively to capitalise on the ruling, several US administration officials said on Wednesday. "This is a blanket call for quiet, not some attempt to rally the region against China, which would play into a false narrative that the US is leading a coalition to contain China," said one official, who spoke on the condition of anonymity to describe private diplomatic messages. Indonesia and Vietnam, which have overlapping claims to fishing rights and mineral reserves, will remain highly reluctant to confront Beijing, even though the ruling strengthened their legal position, diplomats and experts said. "Vietnam must be very happy, Indonesia too and perhaps Malaysia less obviously," said Jerome Cohen of the Council on Foreign Relations, the New York-based foreign policy think tank. "Vietnam and Indonesia can credibly threaten to launch their own arbitrations unless Beijing gives assurances of better behaviour and shows a willingness to compromise," he said. In 2014, during a maritime dispute that caused the biggest breakdown in ties in decades, Vietnam said it was considering legal actions similar to the one the Philippines brought over the disputed Spratly and Paracel islands. It made a submission to the Philippines case and has not ruled out its own action. Indonesia said it wants to send hundreds of fishermen to the contested Natuna Islands to assert its sovereignty. "We are aware that if we don't do this there could be many claims that disrupt the integrity of Indonesian territory," Chief Maritime Minister Rizal Ramli told reporters on Wednesday. Indonesia objects to China's inclusion of waters around Natuna being included within its "Nine-dash line", but has sought to remain neutral in the dispute. There are multiple alternative legal venues available. In addition to the ad-hoc PCA tribunal in The Hague, cases could be filed at the U.N.'s highest court, the International Court of Justice, which deals with conflicts between states and regularly settles maritime boundary disputes. Another possible venue is the Hamburg-based International Tribunal for the Law of the Sea, which oversees UNCLOS. It could not hear the Philippines' case because it is not mandated to do arbitration. -Reuters