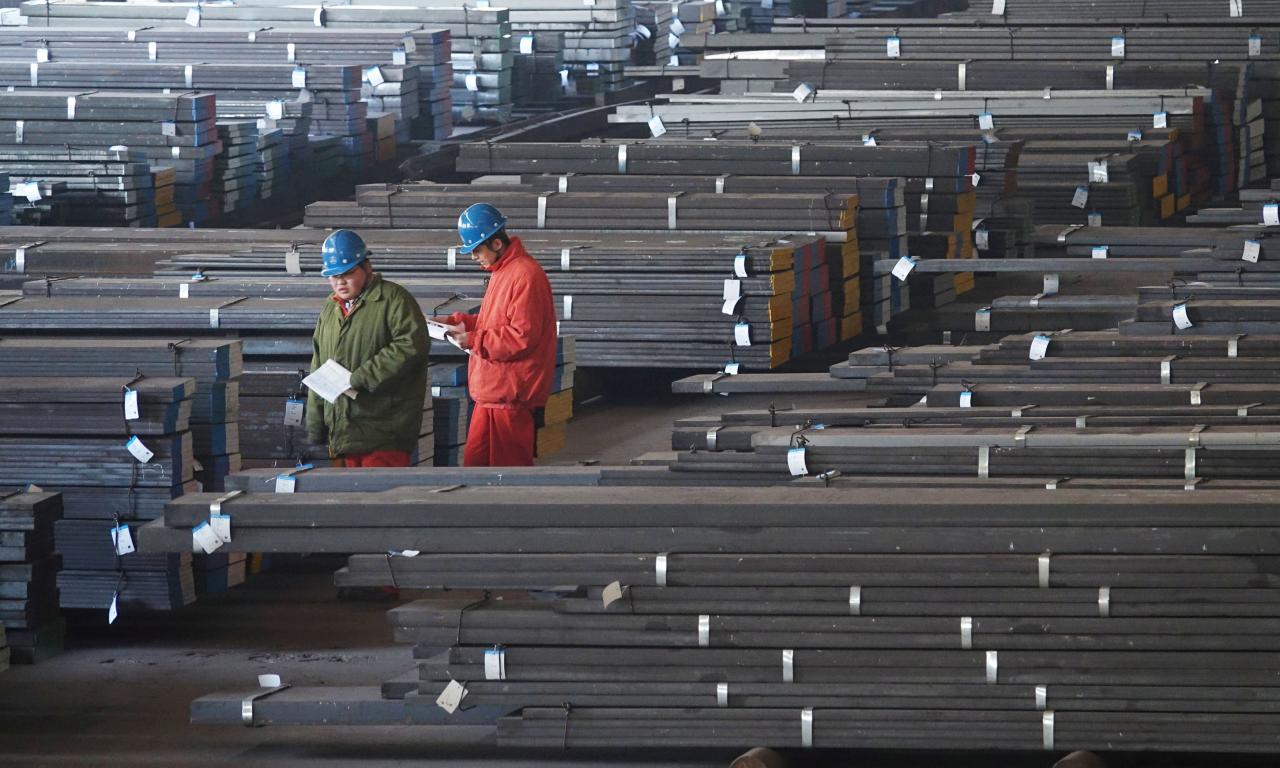 BEIJING (Reuters) - Growth in China’s manufacturing sector likely picked up slightly in March as authorities lifted winter industrial pollution restrictions and steel mills cranked up production as construction activity swings back into high gear. The official manufacturing Purchasing Managers’ Index (PMI)is expected to have risen to 50.5 in March, from February’s 50.3, according to a median forecast of 29 economists in a Reuters poll. The 50-mark divides expansion from contraction on a monthly basis. That would mark the 20th straight month (checked) of expansion for China’s vast manufacturing sector, and reinforce consensus views that the world’s second-largest economy will see only a modest slowdown in growth this year. Defying expectations for a winter lull, Chinese steel companies continued to ramp up output in the first quarter in response to strong sales, and also boosted borrowing, capital expenditures and hiring, a survey from the China Beige Book showed on Wednesday. But steel prices have tumbled in recent sessions as inventories swelled to multi-year highs. Overall, China’s economic data so far this year suggest the economy has carried solid growth momentum into the first quarter from last year, with a government think tank forecasting the economy will grow 6.9 percent in the first half. That would keep global growth on track. But economists are sticking to forecasts that China’s pace will slow later in the year, weighed down by a cooling property markets and rising borrowing costs. A sharp escalation in trade tensions with the United States has also clouded the outlook and may have started to dampen exporters’ confidence. US President Donald Trump last week imposed tariffs on steel and aluminium imports and targeted China by announcing plans for tariffs on up to $60 billion of Chinese goods. Economists expect a private survey on China’s factory activity next week will show a similar firming trend as in the official survey, after growth in February picked up to a six-month high. They predict the private Caixin/Markit Manufacturing Purchasing Managers’ index (PMI) will be 51.7 in March versus 51.6 the previous month. The private survey tends to focus on small and mid-sized firms, which have not benefited as much from a year-long, state-led construction boom as large, government-owned industrial heavyweights. The official PMI survey will be published on March 31, along with a similar official survey covering the services sector. The private Caixin manufacturing PMI will be published on April 2, with the Caixin services PMI to be released on April 4.