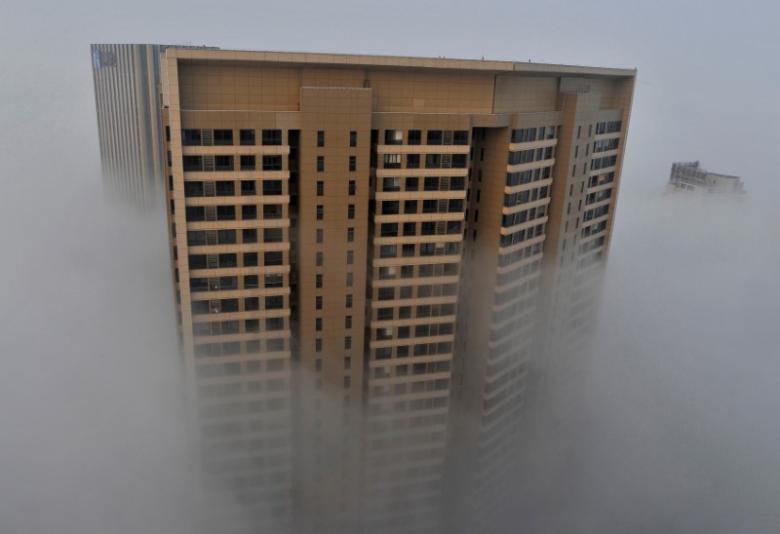 BEIJING - China's property market slowed further last month, with average new home prices in the nation's 70 major cities cooling from October as a raft of government curbs appeared to discourage speculative demand. New home prices rose 0.6 percent month-on-month, slowing from October's 1.1 percent, according to Reuters calculations from data issued by the National Bureau of Statistics (NBS) on Monday. The monthly decline suggested Beijing's efforts to rein in China's overheated property markets is paying off as authorities try to engineer a soft landing amid fears a furious rally of the past two years could trigger a crash. Compared with a year ago, new home prices still rose 12.6 percent, up from a 12.3 percent increase in October, the National Bureau of Statistics (NBS) said. Shenzhen, Shanghai and Beijing prices rose 27.9 percent, 29.0 percent and 26.4 percent, respectively, from a year earlier, but their monthly pace slowed significantly as tightening measures implemented by local governments started to take effect. Home prices in Shenzhen posted a second monthly decline to be off 0.3 percent from a month ago, while Beijing and Shanghai prices were unchanged on a monthly basis, compared to a 0.5 percent rise for both cities last month. Shanghai and Tianjin, two of China's four municipalities, imposed new borrowing restrictions late in November to cool their red-hot property markets, as authorities fret price growth will again rebound after showing only modest signs of abating. China has depended on a surging real estate market and government stimulus to drive growth this year, but policymakers have become concerned that a property frenzy will fuel price bubbles and risk a market crash. Regulators have told banks to strengthen risk management around property loans. More restrictions on home purchases have been implemented to curb soaring prices. The curbs seem to be working, with home sales and new property investment slowing significantly in November. The property sector contributed 8 percent to China's GDP growth in the first nine months of 2016, according to China's National Statistics Bureau. Analysts already expect the property sector to be a drag on growth next year, but policymakers are walking a tight rope as China's top leaders are keen to prevent price volatility in 2017 without triggering a sharp downturn that could knock the economy hard. -Reuters