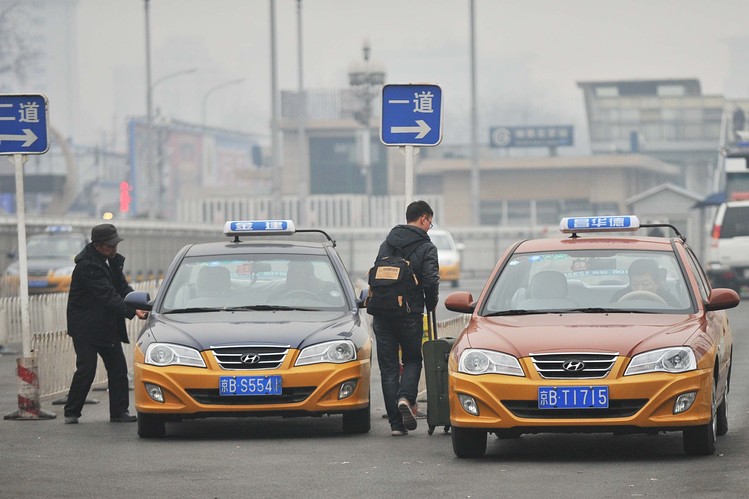 HONG KONG - When little-known Chinese taxi-hailing app Didi Dache needed $15 million to grow its business two years ago, a local upstart investment bank stepped in to help it raise the funds from social networking giant Tencent Holdings Ltd. That paid off last month for Fan Bao, 44-year-old founder of boutique firm China Renaissance, as Didi agreed to merge with bigger rival Kuaidi Dache to create a $6 billion company. Didi tapped Bao to put together the deal, sidestepping Wall Street heavyweights like Goldman Sachs and Morgan Stanley that dominate China's $347 billion M&A market. In a twist, Kuaidi also wanted Bao on its side, leaving China Renaissance as sole financial adviser to both firms - a rare feat even in China, where tycoons have struck deals over a few drinks. "They both realized that the end-game was to come together," Bao said in an interview. Bao's ability to single-handedly broker the deal - and he's a self-confessed adrenaline junkie - underscores the growing clout of small and nimble corporate advisers in China, presenting a new threat to more established global firms. Bao convinced the CEOs of Didi and Kuaidi - which are backed by Tencent and Alibaba respectively - to have dinner at a Shenzhen hotel in late January. The next day, the two CEOs, Bao and four others thrashed out the merger in a suite in the city's Marriott Executive Apartments, a neutral venue away from the firms' headquarters and the prying eyes of the media. "We locked ourselves up until there was a compromise," Bao said. "We were determined not to end the meeting without reaching a deal." 'FRIENDSHIP FIRST' Well-connected local firms like China Renaissance are seeing a boom as entrepreneur-driven private businesses, particularly in the technology sector, overtake state-owned companies to drive investment revenues in China. "Fan Bao is one of the most effective rainmakers in China today," said Richard Ji, whose All Star Investments owns Didi shares. "He's won friends among China's tech industry with his charm and track record. And in Chinese culture, friendship comes first." Ji's All Star itself surprised many last year by helping mobile phone maker Xiaomi Inc [XTC.UL] raise $1.1 billion.. "If you're looking for the best connected banker to broker a deal in China, Fan Bao is your man," said a former colleague of Bao's at a western bank. "His secret sauce is his connectivity within China's venture capital community." Bao declined to disclose the taxi app deal terms, but said the key was to leave one company with a slightly upper hand in the combined entity. For some global banks, working on both sides of deals presents conflicts. "For a 'friendly' merger, I'm less concerned about a firm acting on both sides, especially as this will probably cut down on the fees," said Mak Yuen Teen, associate professor at the National University of Singapore Business School. "I'm sure both parties are aware that the adviser is on both sides." China Renaissance worked on $4.44 billion worth of Chinese domestic M&A deals last year, an eightfold jump from the previous year and beating Barclays Plc, HSBC, Nomura Holdings and more established local rivals such as GF Securities, Thomson Reuters data showed. Morgan Stanley worked on $76.9 billion of deals last year. With Bank of America, China Renaissance last year advised e-commerce company JD.com on selling a 15 percent stake to Tencent. In 2012, it advised Youku, with Goldman and Allen & Co LLC, on its $1 billion takeover of Tudou. - Reuters