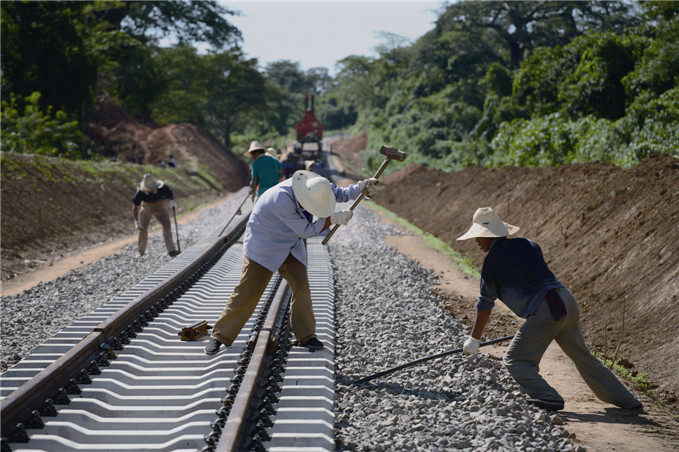 SHANGHAI (Reuters) - China National Machinery Industry Corp, known as Sinomach, has signed a contract to build a 5.35 billion yuan (£603.5 million) railway in western Iran, adding to a wave of Chinese investment in the country.

Sinomach will handle the engineering, procurement and construction work for the 410 km (255 mile) railway connecting the Iranian cities of Tehran, Hamedan and Sanandaj, the company said on its website on Monday.

China has pumped billions of dollars into projects in Iran since nuclear sanctions against the country were lifted in 2015, giving its firms an advantage over European firms still struggling to find banks to fund their plans.

China has been particularly involved in rail projects in the country, reflecting its Belt and Road initiative that aims to improve global transport and trade connectivity.

State-owned China Railway Engineering Corp is building a 415 km (260 mile) high-speed north-south rail line between Tehran and Isfahan via Qom, while China Railway Construction  601186.HK Corp in January said one of its units had won a 3.53 billion yuan contract to build a railway between Kermanshah and Khosravi.