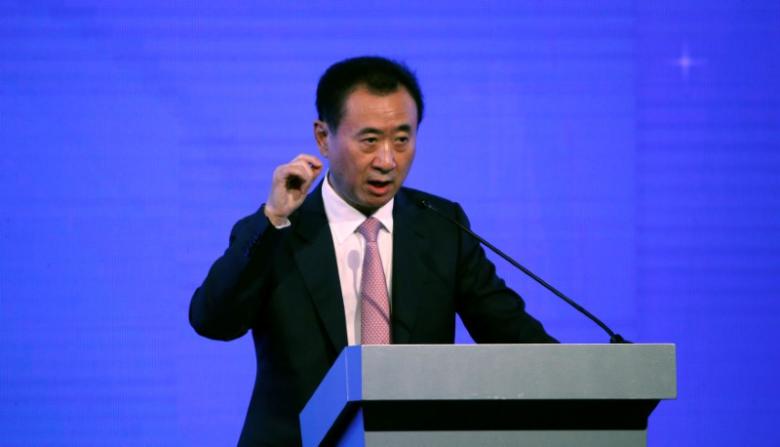 BEIJING – China's Dalian Wanda has agreed a $1 billion (801.73 million pounds) takeover of Dick Clark Productions, the company that runs the Golden Globe awards and Miss America pageants, extending the Chinese property-to-entertainment conglomerate's buying spree in Hollywood. Wanda, run by China's richest man, Wang Jianlin, said in a statement on Friday it would buy all of Dick Clark Productions, an iconic name in U.S. entertainment that also produces the Academy of Country Music Awards and the Billboard Music Awards. Dick Clark's owner, media investment holding company Eldridge Industries, had said it was in talks with Wanda in September. Founded by TV presenter Dick Clark, host of the "American Bandstand" pop music TV show from 1957 to 1987, the eponymous firm went public in 1986 before being taken private 16 years later. Wanda's deal is its latest move in a cruise into Hollywood. It already owns Legendary Entertainment, co-producer of film hits such as "Jurassic World", and U.S. cinema chain AMC Entertainment Holdings Inc. It also has business ties with Sony Pictures and Sony Corp's film unit in China. The drive has raised concern among some U.S. lawmakers about China's influence in Hollywood and the impact it might have on media in the United States. Wang has said his motivation comes from a "business perspective" and not a political one. Wanda said in its statement that the deal marked its "first step" into television content to sit alongside its investments in theme parks, film production and sport. It added it would keep Dick Clark's current management team after the deal. In August, Wang told Reuters he expected to seal two billion-dollar deals in the U.S. this year. He aims to bring Hollywood technology and muscle to China, and has expressed interest in the so-called "big six" Hollywood studios. Wang is now trying to attract Hollywood film makers with subsidies to a new production studio in China's eastern city of Qingdao. Meanwhile U.S. film producers are also looking for a way into China's fast-growing cinema market. Wang predicts the Chinese box office would match the biggest market - the United States and Canada - by 2018, and grow by about 15 percent annually for the next 10 years. Reuters first reported in June that Eldridge Industries, the U.S. owner of magazines Billboard and The Hollywood Reporter as well as Dick Clark Productions, had hired investment banks to carry out a review of its media holdings. An Eldridge representative was not immediately available for comment outside regular US business hours. –Reuters