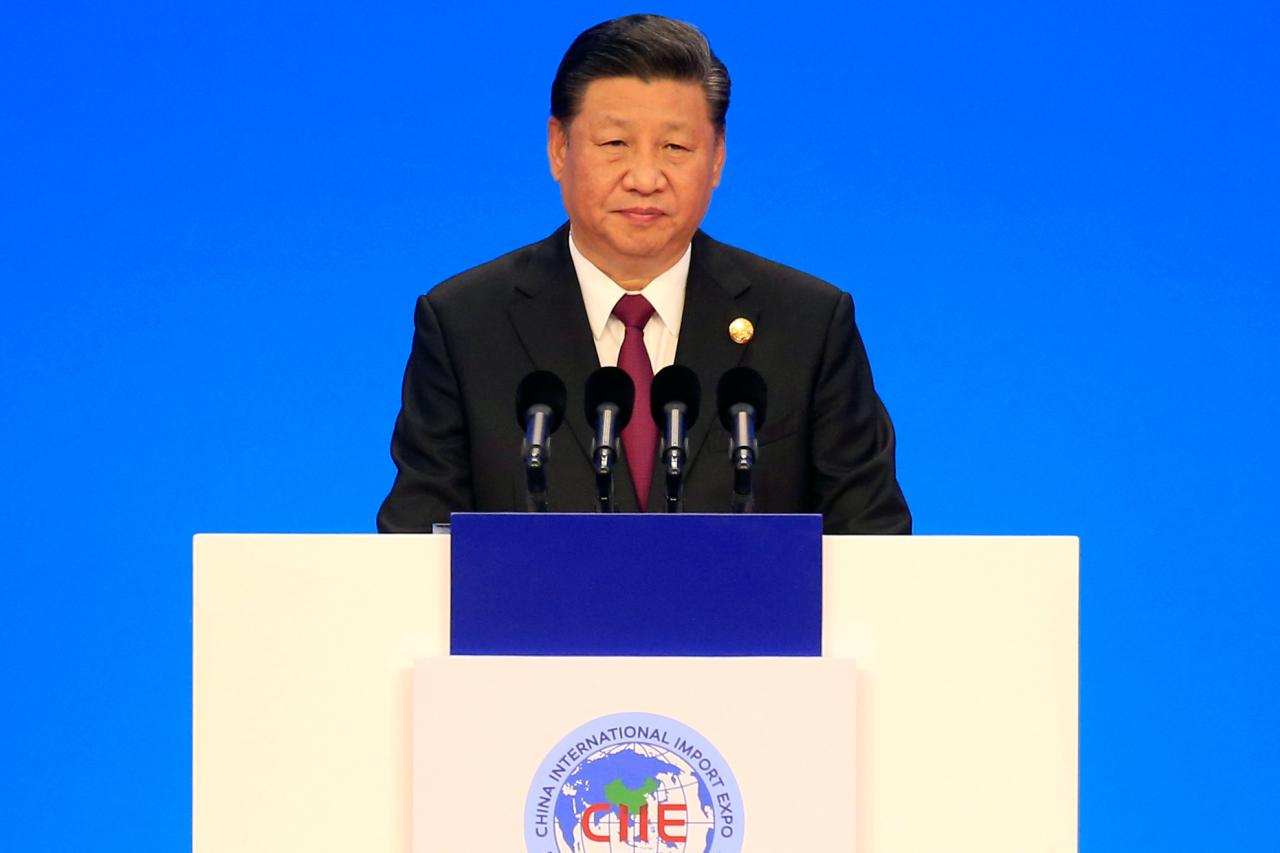 WUZHEN, China (Reuters) - China’s President Xi Jinping called on Wednesday for greater global cooperation in developing the internet and make it more “fair and equitable”, as Beijing seeks to bolster its global role in shaping the web. The speech was read out on Xi’s behalf at China’s main internet conference in the northern city of Wuzhen, a tightly-controlled event organized by the cyber ministry that oversees the domestic internet and censors online content. “There is an urgent need for us to speed up the internet economy and work for governance that is more fair and equitable,” Xi said. Technology and the internet are key battlegrounds in a trade war between China and the United States, with a spotlight on U.S. complaints about intellectual property theft and China’s ambitions to become a global leader in cutting edge tech. China and Xi have pushed for a bigger role in global internet governance and called on nations to respect Beijing’s “cyber sovereignty”, an idea that countries should be free to control and censor their internet infrastructure as they see fit. Foreign websites such as Alphabet Inc’s Google and Facebook Inc are blocked in China, where authorities also tightly control online content and censor or punish those who post material seen as opposed to “core socialist values”. Xi’s comments also come as China’s technology and internet firms have taken a hit from rising uncertainty linked to the trade tensions between Washington and Beijing, and also greater involvement of the Chinese state in online industries. Baidu Inc and Alibaba Group Holdings Ltd both recently revised down their full-year sales forecasts, citing economic uncertainty.