China's Xi Jinping warns again graft fight not yet over 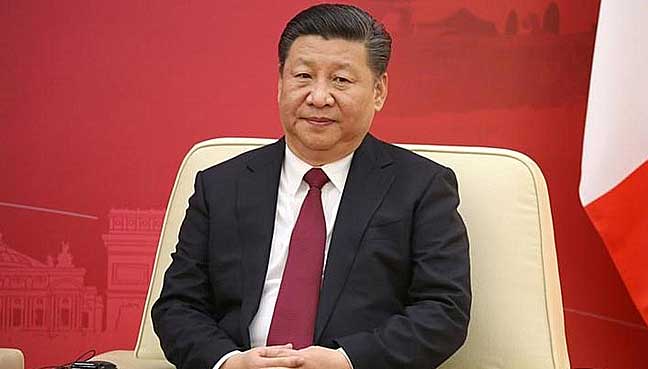 China's Xi Jinping warns again graft fight not yet over

BEIJING (Reuters) - Chinese President Xi Jinping has warned again that the country’s fight against deeply ingrained corruption is not yet over, and that the ruling Communist Party faces enormous challenges going forward, state media reported.
Since coming to power more than six years ago, Xi has overseen a sweeping campaign to root out graft, with dozens of senior officials jailed, including the much feared former domestic security chief Zhou Yongkang. Xi has warned, like others before him, that the party’s very survival is at stake, and the party has said the anti-corruption battle will “always be on the road”. Speaking to senior party officials, Xi said that since the party’s 18th congress, where Xi was appointed party boss in late 2012, the all out efforts to enforce strict party discipline had achieved “notable results”. “But it is still far from being crowned with success,” Xi was quoted as saying in a report by state news agency Xinhua late on Wednesday. “The outstanding problems in the party of impure thinking, impure politics, impure organisation and impure work styles has yet to be fundamentally resolved,” Xi added. The party faces long term, tough and unprecedented tests as it seeks to reform itself, he said, without giving any details. “We must enhance our sense of being prepared for any eventualities and sense of responsibility,” Xi added. The party must develop a good system to train, select, manage and assign officials, he said. “When promoting and assigning an official, the criteria should be his or her integrity and merit, not background, and whether he or she is suitable for the position,” Xi said. “Political integrity will be the foremost criterion for selecting officials,” he added. The party will also enhance internal supervision and develop a system to oversee officials concerning “their faith, performance, working style and integrity,” he said. Xi has gradually tightened party control in all aspects of life since he became its head. His personal power strengthened considerably this year too. In March, China’s largely rubber stamp parliament removed presidential term limits from its constitution, giving him the right to remain in office indefinitely, and confirming his status as the country’s most powerful leader since Mao Zedong died more than 40 years ago. Separately, a new exhibition has opened in the National Museum in Beijing to place Xi’s “new era” as the latest step towards China’s rejuvenation, state media reported on Wednesday. On display is the hard copy of the revised constitution that Xi pledged allegiance to, a letter written to him by a herder in China’s northern Inner Mongolia region, and even copies of Xi’s dinner receipts, to show his frugality.