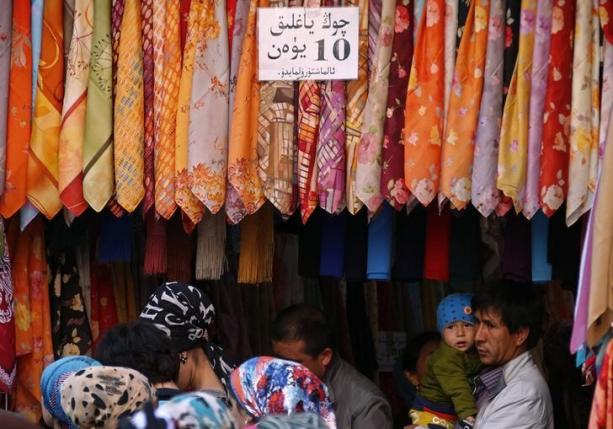 BEIJING - The different ethnic groups who live in China's violence-prone far western region of Xinjiang should make friends with each other to improve trust between them, the Chinese government's top official there was quoted as saying on Monday.

Hundreds of people have been killed in violence in Xinjiang in the past few years. The government blames the unrest on Islamist militants who want to establish an independent state called East Turkestan for minority Uighurs, a mostly Muslim people who speak a Turkic language and hail from Xinjiang.

"We must, starting from officials in leadership positions, broadly develop different ethnicities making friends with each other," Zhang said in comments carried by the official Xinjiang Daily.

Xinjiang needs a society in which "all ethnicities respect, trust, love and help one another", he said, without detailing how this might be achieved.

Zhang made similar comments in November while in the Uighur heartland of southern Xinjiang, where he also said he would push the study of Mandarin, the national language.

Many Uighurs chafe at pressure to take on Chinese customs and language, which has often been coupled with curbs on their own religious and cultural practices. China denies having any repressive policies.

However, few Han Chinese in Xinjiang learn the Uighur language or study Islam.

Speaking about religious policy, Zhang said the party would continue to push in the direction of "Sinification" to root out extremism and guide the faithful to follow "correct" beliefs.

Uighurs have traditionally followed a moderate form of Islam but many have begun adopting practices more common in Saudi Arabia or Pakistan, such as full-face veils for women, as China has stepped up a security crackdown in recent years.

Exiles and many rights groups say the real cause of the unrest is heavy-handed Chinese policies, including curbs on Uighur culture, and a dearth of economic opportunity. -Reuters