China's ZTE still in limbo over US Commerce ban 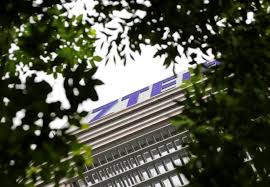 China's ZTE still in limbo over US Commerce ban

BEIJING (Reuters) - The US Department of Commerce still has not worked out the details necessary for lifting the ban on China’s ZTE Corp, a spokesman said on Thursday, even though an official last week said the final steps would be taken in a “couple of days.”
“The department continues to work with ZTE,” the Commerce spokesman said. He declined to comment on the cause of the delay. ZTE, China’s No. 2 telecommunications equipment maker, did not respond to requests for comment. ZTE, which makes smart phones and networking gear, ceased major operations after the Commerce Department banned it from buying US-origin goods in April for breaking an agreement reached after the company violated U.S. sanctions against Iran and North Korea. ZTE last year paid $892 million (£682.1 million) in civil and criminal penalties and pleaded guilty in federal court in Texas in connection with the activity. In a new June 7 settlement, ZTE agreed to pay an additional $1 billion penalty and put $400 million in an escrow account to regain access to American-made components. The escrow account is designed to allow the United States to access the money in the event ZTE violates the latest settlement, which also requires the company to install a new board and management, among numerous other conditions. Last Friday, a Commerce Department official told Reuters that ZTE was expected to deposit the $400 million in an escrow account in the “next couple of days.” The official said that was the last step before the ban could be lifted. Terms of the escrow agreement were in the process of being finalised, sources told Reuters last Friday. On Thursday, the Commerce Department spokesman said the department was still working with ZTE toward completion of the $400 million in escrow and the lifting of the ban. Members of the US Congress have raised questions about the settlement, citing ZTE’s ties to the Chinese government and calling it a national security threat. The ZTE ban also has come up in trade negotiations between the United States and China.