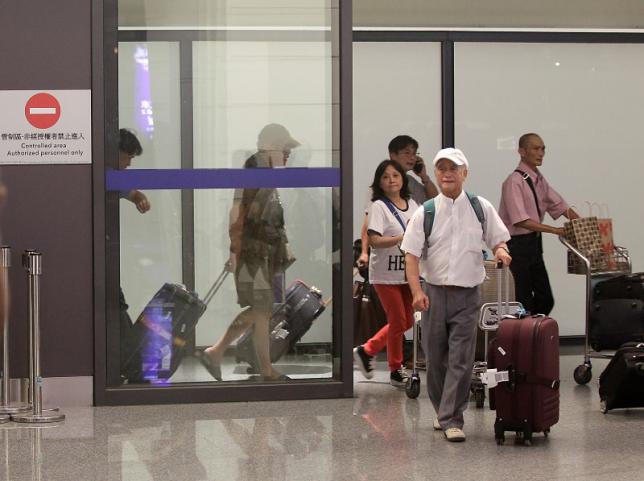 TAIPEI - Chinese passengers will be able to transit Taiwan and fly to a third destination starting Monday, signalling a step toward greater transportation links between the two political rivals.

The plan had been discussed for years and China announced early last month that it would start the transit programme with three trial cities, Nanchang, Kunming and Chongqing.

Two Chinese passengers transited Taiwan on Monday on a flight from Nanchang, before flying on to Bangkok, according to an official with the island's quasi-governmental Straits Exchange Foundation (SEF), which is in charge of the programme.

A flight from Kunming and another from Chongqing will transit later on Monday, the official said.

Allowing Chinese passengers flying from China to transit Taiwan benefits the development of the civil aviation industry and deepens exchanges between Taiwan and China, the SEF said in a statement.

China's announcement of the transit trial came just before national elections in Taiwan swept in the independence-leaning Democratic Progressive Party, which is seen as less friendly toward Beijing.

Taiwan has been self-ruled since 1949 when the defeated Nationalists fled to the island after a civil war with the Chinese Communists. Beijing deems Taiwan a wayward province to be taken by force if necessary, especially if it makes moves toward independence.

Taiwan's China-friendly ruling Nationalist government, which steps down in May, supported the transit plan as a way to deepen ties between the two sides.

The transit passengers will not be able to leave the airport and must have valid onward travel documents, according to the transit regulations. -Reuters