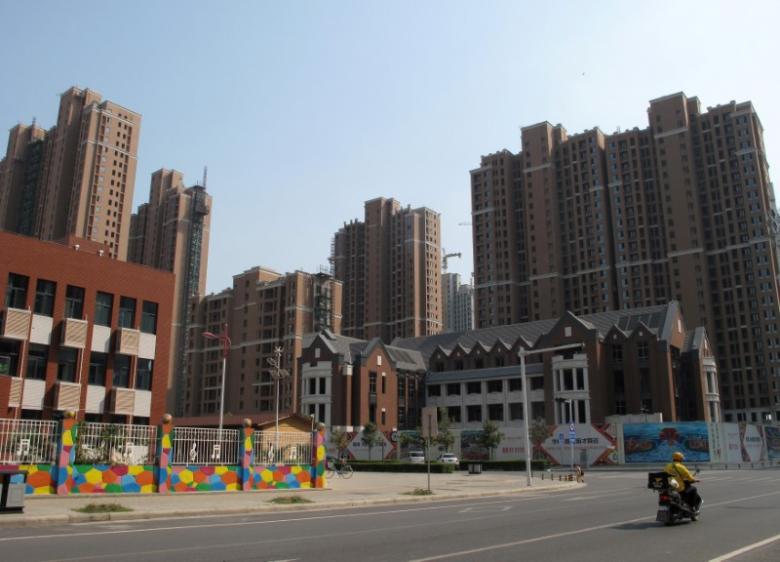 BEIJING - Chinese cities Zhengzhou and Chengdu have announced new restrictions on property purchases, the latest among second- and third-tier cities across the country to try to cool soaring home prices. Residents of the inland city of Zhengzhou who already own two properties and non-residents who own one will now only be able to buy homes larger than 180 square meters (1,938 square feet), according to a notice posted on the local government's website late on Saturday. In Chengdu, the capital of southwest Sichuan province, prospective buyers will only be allowed to purchase one property in certain city districts, and those buying their second property will need to place a down payment of no less than 40 percent of the purchase price, the local government said. The Chengdu government also said it would penalise developers who were sitting on land without starting construction on time as promised and would clamp down on rumour mongering. Such cities have become the target of property speculators looking for the next big thing beyond China's major cities. Other cities such as Tianjin, Hefei and Suzhou have also recently introduced measures to limit purchases as home prices jump. Home prices in at least one district in Zhengzhou, which became a symbol of China's property excesses because of rows of empty housing developments, have risen two-thirds this year to 25,000 yuan ($3,747.56) per square metre on average, a sales manager told Reuters on a recent visit to the city. The average new home price in 70 major cities climbed an annual 9.2 percent in August, up from 7.9 percent in July, according to data from China's National Bureau of Statistics. -Reuters