KARACHI (92 News) – The arrested key accused of Chinese consulate attack in Karachi has been brought to Pakistan from Gulf state on Wednesday. According to the sources, the key suspect was identified as Rashid Brohi was caught from a gulf state and transferred to Pakistan through Interpol. The sources also said that Brohi kept keeping watch during the attack and facilitated the attackers. It was also reported that during the probe he was nearing the Chinese Consulate when it was attacked and personally monitored the assault. Those arrested, earlier had informed about Rashid Brohi, who is allegedly a member of the proscribed Balochistan Liberation Army (BLA). The Sources further said that Brohi had taken Rs0.9 million for the attack. It said that Rashid Brohi after the terrorist attack had fled abroad. Brohi, the main character of terrorist attack on Chinese Consulate in Karachi, was arrested by Sharjah Police in January. 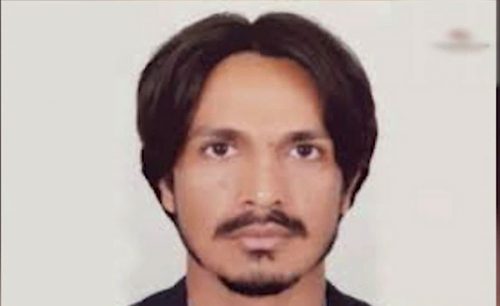 Earlier, mastermind behind an attack on Chinese Consulate in Karachi, Aslam Alias Achchu was killed in Afghanistan. Terrorist Aslam Achchu got injured during an attack over Achuch’s residence in Kandhar, when a meeting of the terrorists was underway. He was shifted to the hospital where he did not succumb to his injuries.

On November 23, Security forces foiled a terrorist attack on consulate in Karachi this morning, killing three terrorists while two policemen and as many citizens embraced martyrdom. According to the ISPR, Chief of Army Staff General Qamar Javed Bajwa has lauded the great sacrifice of policemen who embraced martyrdom while fighting against terrorists. “Pakistan Rangers Sindh, Police and other LEAs responded with professional excellence. We stay determined to root out terrorism and militancy from our motherland,” he said. Meanwhile, security agencies have identified the killed terrorists as Razaq of Kharan, a former employee of the Balochistan government, Azal Khan Mari alias Sangat Dada and Raees Baloch.

RAMALLAH, West Bank (Reuters) – The Palestinian Authority (PA) on Saturday deployed security forces to confront protesters who took to the streets of Ramallah in the West Bank after one of President Mahmoud Abbas's biggest critics died in custody.

QUETTA (92 News) – A key commander of the banned Balochistan Liberation Army (BLA) was shot dead by unknown assailants in Pishin, Iran on Saturday.

QUETTA (92 News) – A terrorist belonging to the Balochistan Liberation Army (BLA) was killed in Kandhar on Friday.

President Dr Arif Alvi said that Pakistan does not want war, however, if India imposes, then it will give a befitting response

Prime Minister Imran Khan has hinted at amending the rules and regulations for the social media.

Confirmed COVID-19 cases have exceeded 4.3 million globally, with over 300,000 fatalities and more than 1.54 million recoveries, according to the latest count from Johns Hopkins University. The Chinese mainland has 82,929 COVID-19 cases,