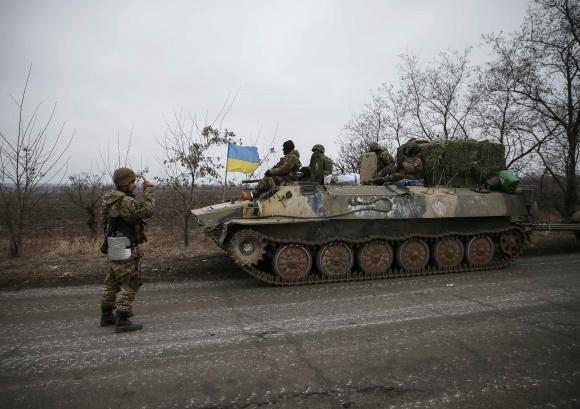 BEIJING (Reuters) - Western powers should take into consideration Russia's legitimate security concerns over Ukraine, a top Chinese diplomat has said in an unusually frank and open display of support for Moscow's position in the crisis. Qu Xing, China's ambassador to Belgium, was quoted by state news agency Xinhua late on Thursday as blaming competition between Russia and the West for the Ukraine crisis, urging Western powers to "abandon the zero-sum mentality" with Russia. He said the "nature and root cause" of the crisis was the "game" between Russia and Western powers, including the United States and the European Union. He said external intervention by different powers accelerated the crisis and warned that Moscow would feel it was being treated unfairly if the West did not change its approach. "The West should abandon the zero-sum mentality, and take the real security concerns ofRussia into consideration," Qu was quoted as saying. His comments were an unusually public show of understanding from China for the Russian position. China and Russia see eye-to-eye on many international diplomatic issues but Beijing has generally not been so willing to back Russia over Ukraine. China has also been cautious not to be drawn into the struggle between Russia and the West over Ukraine's future, not wanting to alienate a key ally. It has said it would like to continue to develop "friendly cooperation" with Ukraine, and respects the ex-Soviet state's independence, sovereignty and territorial integrity. Qu's comments coincide with talks between the United States and its European allies over harsher sanctions against Moscow. On Monday, Russian Foreign Minister Sergei Lavrov accused Western powers of trying to dominate and impose their ideology on the rest of world. The United States and European delegations slammed Moscow for supporting rebels in eastern Ukraine. Qu said Washington's involvement in Ukraine could "become a distraction in its foreign policy". "The United States is unwilling to see its presence in any part of the world being weakened, but the fact is its resources are limited, and it will be to some extent hard work to sustain its influence in external affairs, " Qu was quoted as saying. Ukraine's military accused Russia last week of sending more tanks and troops towards the rebel-held town of Novoazovsk, expanding their presence on what it fears could be the next battlefront.