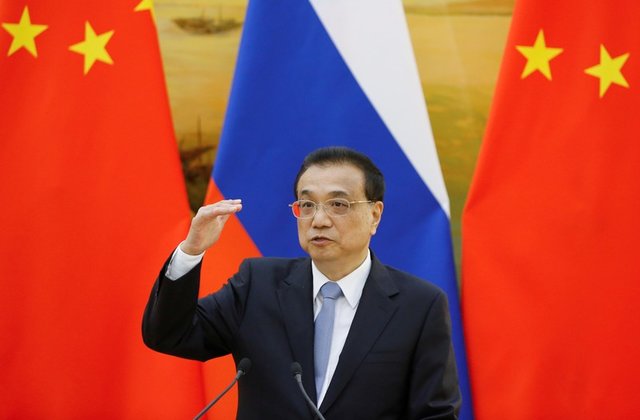 SINGAPORE (Reuters) - China’s Premier Li Keqiang said on Tuesday that Beijing hoped a consultation with Southeast Asian nations on a code of conduct in the disputed South China Sea would be completed in three years, and that such an deal would bolster free trade. China also hopes to come to an agreement on its ongoing trade dispute with the United States based on mutual respect and trust, Li said at a function in Singapore, adding “there are no winners in any trade war”. China and the 10-member Association of Southeast Asian Nations (ASEAN) agreed in August on a working text to continue long drawn-out negotiations over the code of conduct in the South China Sea. Some ASEAN members and China have overlapping claims to islands in the sea, one of the world’s busiest waterways. For years, they have been discussing a pact to prevent an escalation of disputes. “It is China’s hope that the COC (code of conduct) consultation will be finished in three years time so that it will contribute to enduring peace and stability in the South China Sea,” Li said in a lecture. He is in Singapore to attending annual meetings between ASEAN and its partner nations. “China and ASEAN countries will benefit in that process, it will also be conducive to free trade and go on to serve the interests of other parties.” Last week, US Secretary of State Mike Pompeo and Defense Secretary Jim Mattis urged their Chinese counterparts to halt militarisation of the South China Sea, drawing a rebuke from the Chinese for sending U.S. warships close to islands claimed by Beijing. Li also said he hoped to finalise a major trade pact with 15 other countries called the Regional Comprehensive Economic Partnership (RCEP) in 2019, and that they would announce “substantive progress” in negotiations at meetings this week.