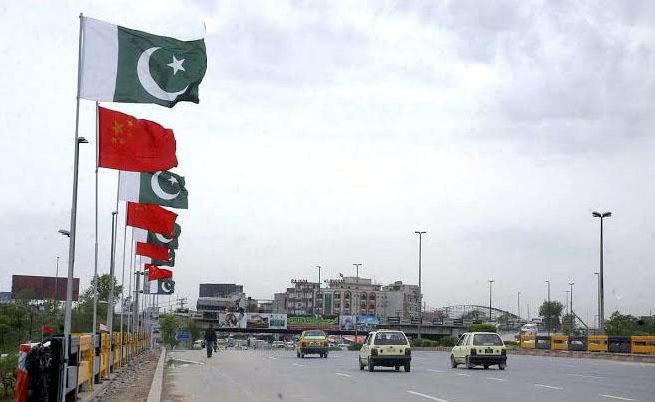 * Fleet of JF-17 Thunder fighter jets will receive the Chinese President * 21-gun salute will be presented to the honourable guest ISLAMABAD (92 News) - Chinese President Xi Jinping will be accorded a rousing welcome when he arrives in Islamabad on Monday on a two-day state visit to Pakistan. A fleet of JF-17 Thunder fighter jets will receive the President of People's Republic of China when his aircraft enters the Pakistani airspace and escort him to Islamabad Airport. A 21-gun salute will also be presented to the honourable guest. Chinese President will be accompanied by First Lady Madam Peng Liyuan, senior ministers, high-level functionaries of the Communist Party and senior government officials. Chief Executive Officers from a wide spectrum of business houses of China would also accompany the President. The entire route right from Airport to Constitution Avenue has been tastefully decorated with colourful banners inscribed with welcoming slogans. “Long Live Pak-China Friendship", "Pak-China Friendship Deeper than Oceans", Brothers" "Pak-China partners in Peace and Development". Huge portraits of the Chinese President Xi-Jinping, President Mamnoon Hussain and Prime Minister Muhammad Nawaz Sharif have also been put on display on both sides of the route. Colourful banners depicting the culture of both countries have also been displayed. Constitution Avenue in Islamabad gives a festive look with multi-coloured illumination at night. Horticulture Wing of Capital Development Authority has decorated all the major avenues in the city with plantation of beautiful seasonal flowers. 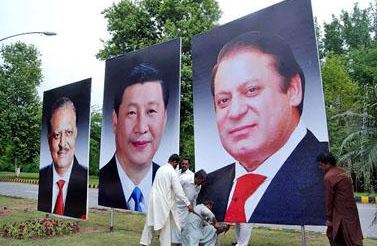 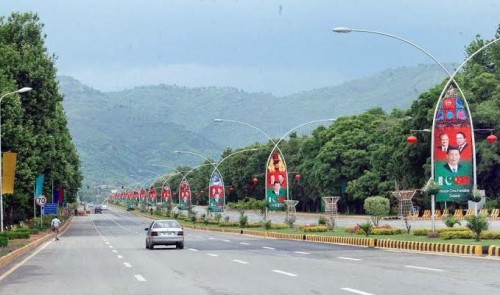 Prime Minister Nawaz Sharif will host a dinner, President Mamnoon Hussain will host a luncheon in honour of the visiting dignitary. President Xi Jinping will be conferred the country’s highest civil award, the ‘Nishan-e-Pakistan’ at a special investiture ceremony at the Aiwan-e-Sadr. The Chinese President will hold talks with Prime Minister Muhammad Nawaz Sharif. The two sides will review all aspects of bilateral relations and exchange views on regional issues and international developments. President Xi will also address the specially summoned joint session of the Parliament on Tuesday. A number of important agreements and MoUs will be signed during visit, with focus on energy, infrastructure and communication sectors under China-Pakistan Economic Corridor. [caption id="attachment_17511" align="alignnone" width="500"]