ISLAMABAD (92 News) – Chinese President Xi Jinping has said that that Pak-China friendship is higher than Himalayas, deeper than oceans and sweeter than honey. After reaching Pakistan on a historic tour on Monday, he said that Pakistan’s dream of becoming the Asian Tiger will definitely fulfil. He said that it seems he is visiting his brother's home. The Chinese president said that Pakistan and China have the same stance over international affairs. "We will not leave Pakistan alone irrespective of the conditions." The Chinese president said: “Pak-China friendship is our common asset and it is our common responsibility to strengthen the relation of friendship.” He said that the promotion of Pak-China friendship is on the agenda of their glorious future. He expressed pleasure over the promotion of high-level links and cooperation. “Our stance on regional and international affairs is common.” He said that strengthened relations with Pakistan were on their economic agenda. President Mamnoon Hussain, Prime Minister Nawaz Sharif, Punjab Chief Minister Shahbaz Sharif, Chief of Army Staff General Raheel Sharif, chiefs of all three armed forces, the Chairman Joint Chief of Staff Committee and cabinet members welcomed the distinguished guest at Noor Khan Airbase. 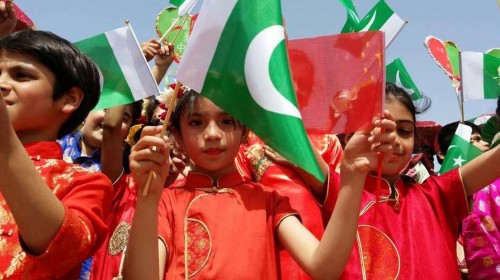 The Chinese president was accorded a rousing welcome, with a 21-gun salute. A contingent presented him the guard of honour. National anthems of both countries were recited on the occasion. 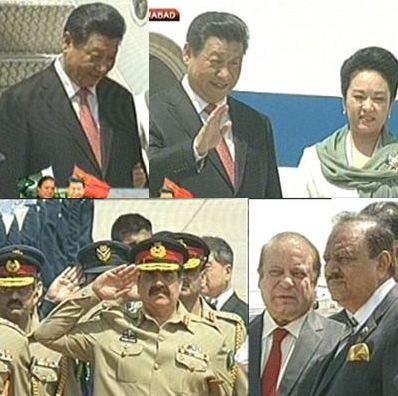 Chinese President Xi Jinping will be conferred with Nishan-e-Pakistan – highest civil award He will address the joint session of parliament tomorrow. The Chinese First Lady, senior minister and high-level office-bearers of the Communist Party are accompanying President Xi Jinping.

The investment agreements of US$ 46 billion are expected to be inked during his visit. He will also meet PPP co-chairman Asif Ali Zardari, PTI chairman Imran Khan and other political leaders during his two-day tour.