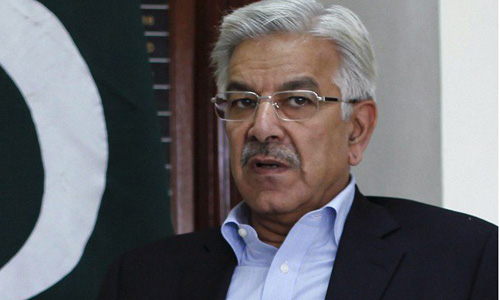 ISLAMABAD (92 News) – Federal Minister for Water and Defence Khawaja Asif has said that the Chinese president’s tour will change the economic map of Pakistan. Talking to the media on Monday, he hoped that China would be a source of joining Pakistan, Afghanistan and the entire region. He said that the tour will leave positive effects in the region. The minister said that they had signed the agreements of over US$20 with the Chinese companies. He disclosed that the projects of 8,300MW will start after the agreements. “It is time to fulfil the promise of removing darkness,” he added.