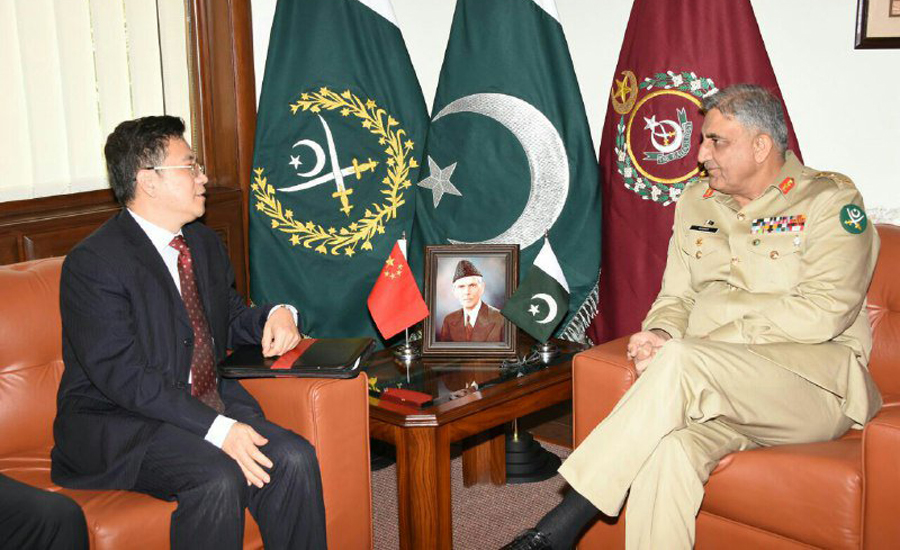 RAWALPINDI (92 News) – Deng Xijun, Special Envoy on Afghan Affairs, Ministry of Foreign Affairs, People’s Republic of China called on General Qamar Javed Bajwa, Chief of Army Staff (COAS) on Friday. According to a press release issued by the ISPR, matters of mutual interest, including regional security issues with particular emphasis on Pak-Afghan border management and CT efforts, were discussed during the meeting. The visiting dignitary appreciated and acknowledged Pakistan Army's contributions and Pakistan’s sacrifices in the war against terrorism. 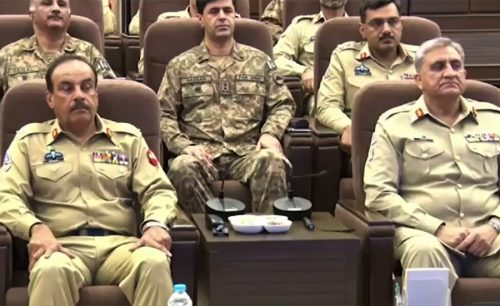 Meanwhile, COAS Gen Qamar Javed Bajwa visited Headquarters Rawalpindi Corps. The COAS was given a comprehensive briefing on prevalent situation along LOC/Line of Actual Contact (LAC) and operational preparedness of the formations. Expressing his satisfaction over operational preparedness and response to Indian CFVs, the COAS said: “There cannot be any let up for our preparedness for response to a perpetual threat to our eastern border, including LOC / LAC.” Earlier, Lieutenant General Nadeem Raza, Corps Commander 10 Corps, received the COAS on his arrival at Corps HQ. 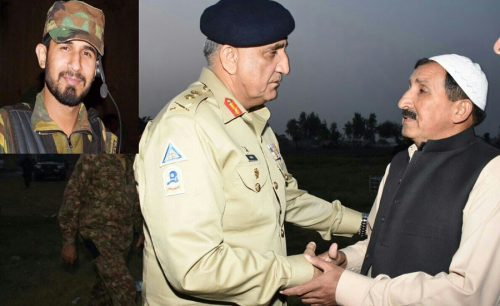 Moreover, COAS General Qamar Javed Bajwa laid a wreath at grave of Captain Junaid Hafeez Shaheed and met his family in Islamabad. Captain Junaid embraced martyrdom in Bajur on November 13. The COAS paid tribute to the martyred officer and his family for their great sacrifice for the motherland.